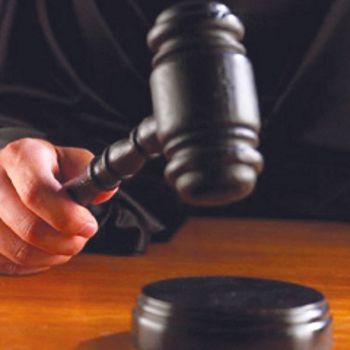 Dr Sushil Kumar Garg, Special Judge, CBI court, pronounced the judgment on Monday after finding Gilhotra guilty of committing the offences punishable under Sections 7 and 13 (2) read with Section 13 (1) (d) of the Prevention of Corruption Act, 1988.

The CBI court, in the order, said: “Corruption is worse than prostitution. The latter might endanger the morals of an individual but the former invariably endangers the morals of the entire country. Corruption is paid by the poor. There are still those of us who work to overcome corruption and believe it to be possible. The world will not be destroyed by those who do evil, but by those who watch them without doing anything.”

Gilhotra was arrested by the CBI for allegedly taking a bribe of Rs15,000 from a private company official at Baltana in Zirakpur in 2015.

The CBI acted on a complaint received from an official of a private company, Cloudberry Technologies Private Limited, Sector 7, Madhya Marg, Chandigarh. The chief administrative officer of the company, in his complaint, alleged that he was being threatened by the Enforcement Officer for conducting raids on his office. The company was issued a show-cause notice by the PF Department for not depositing the amount. The accused allegedly called the complainant to discuss the issue.

The complainant alleged that when he met the accused, he allegedly demanded Rs15,000 in lieu of settling the matter. After registering a complaint, the CBI began the investigation.

Gilhotra was caught red-handed and the bribe amount of Rs15,000 was recovered from his pocket on the main road between Baltana and Zirakpur.

The counsel of the accused urged the court for a lenient view citing personal reasons and past record of the accused, but public prosecutor KP Singh vehemently argued that in order to check rampant corruption in public life, it was need of the hour to give exemplary punishment to the public servant, who is found to be indulged in corrupt practices. Taking a lenient view in such matters sends a wrong message to the undesirable elements in society. Therefore, stringent and deterrent punishment may be imposed upon the accused.

After hearing the arguments, Judge Dr Sushil Kumar Garg said any softness in this regard could produce an undesirable result.