Verma witnessed action against the Japanese during the Second World War 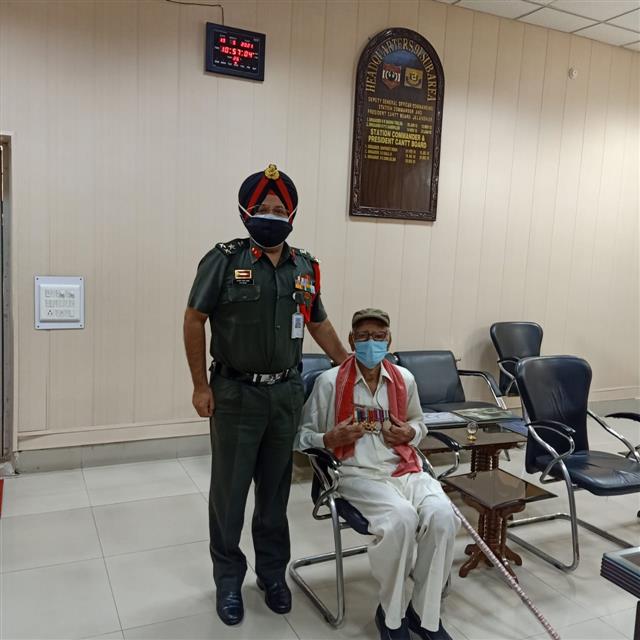 A 99-year-old former soldier, from the British times, donated Rs 1 lakh to the Indian Army for fighting against the global coronavirus pandemic.

The soldier— Lance Naik Kesho Lal Verma—visited the Sub Area Headquarters in Jalandhar on Wednesday, and hand-delivered the cheque to senior Army officers.

In conversation with The Tribune from his Jalandhar Cantonment residence, Verma revealed that he has spent 16 years in the Army after enrolling in 1942.

Verma had served with the erstwhile Royal Indian Army Service Corps, and was deployed with the British Army's South East Asia Command.

He witnessed action against the Japanese during the Second World War, and was taken as a prisoner of the war.

He even served in the North-West Frontier Province—now, in Pakistan—and underwent a technical course in Meerut.

After leaving the Army, he was employed with the state-run Pepsu Roadways in Punjab. His son passed away. Now, he lives alone with a cook.

According to Army officers, there have been many cases where ex-servicemen have made contributions towards the Army’s efforts in combating the pandemic.