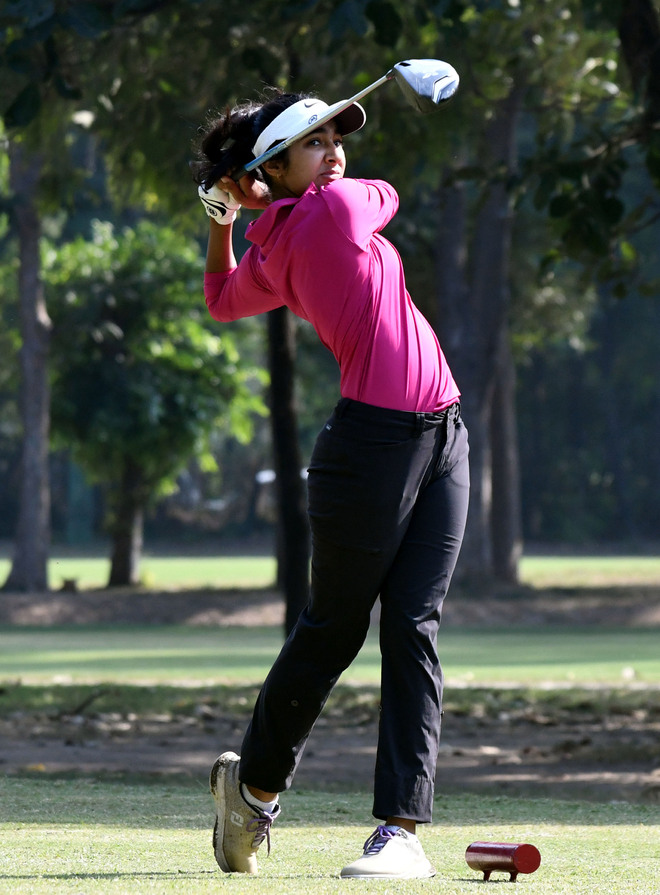 Diya Brar in action during the Punjab Open Championship in Chandigarh on Thursday. RAVI

Sonu Kalkat won the Silver Salver with a nett score of 215.

In the silver division, Anjali Nangal topped the podium with a gross score of 282, while Archana Kumar (286) finished as runner-up.

Lakhi Swain with a score of 218 was the nett winner.

Navina Kahai, meanwhile, maintained her lead to win the bronze plate. She finished with a total of 312.

Inder Gill (326) was declared runner-up, while Baljinder Mangat was the nett winner.

The junior shield was bagged by Mehar Nijjer. She scored a total of 157. Diya finished second at 159.

Anjali also bagged the Super Senior Challenge Cup with the gross score of 187.