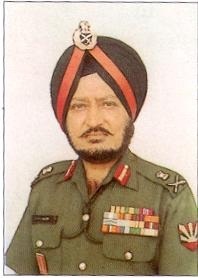 A former General Officer Commanding-in-Chief, Eastern Command, Lt Gen HRS Kalkat (retd), passed away at the age of 78 at the Command Hospital, Chandimandir. He was cremated with full military honours here today.

Born in July 1942, he had headed the Kolkata-based Command from April 1998 to July 2002 and had settled in Panchkula after superannuation. He was commissioned into the Maratha Light Infantry in June 1962 and later commanded the Sikkim-based 33 Corps, besides holding other command, instructional and staff appointments.

Wreaths were laid on behalf of the Army Chief by representatives from the Western Command before his mortal remains were consigned to the flames. — TNS