So far, 162 boys from AFPI have qualified to join the NDA or other service academies 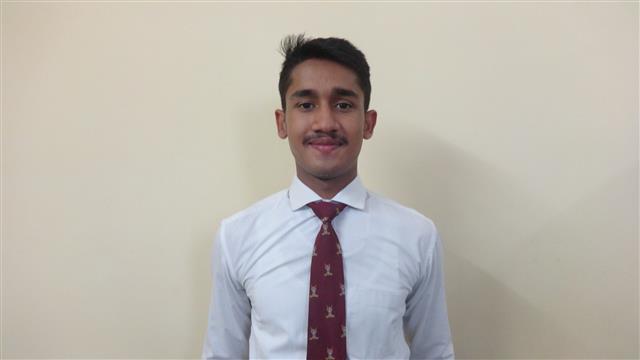 Five cadets of Maharaja Ranjit Singh Armed Forces Preparatory Institute (AFPI) have been selected for the National Defence Academy (NDA), Kharakvasla, with one of them, Bharat Sharma, bagging the ninth position in the all India merit list. They will be joining the 145th Course at that commences this summer.

They are from the eighth AFPI Course which underwent training at Mohali from 2018 to 2020. So far, 162 boys from AFPI have qualified to join the NDA or other service academies.

Bharat belongs to Amritsar, where his father Raman Kumar and mother Vanita are both government teachers. He had secured 93.4 per cent marks in Class 12 board exams in the non-medical stream.

Other cadets of this course who will be joining NDA shortly are Sahilpreet Singh, Shiv Kumar, Utam Malik and Sahildeep Singh. Fourteen cadets of the eighth course have already joined NDA as part of the 144th NDA Course last year.

Currently the ninth AFPI course is preparing for its board exams. Cadets of this course are aspirants for the 146th NDA Course for which the selection process is currently in progress.