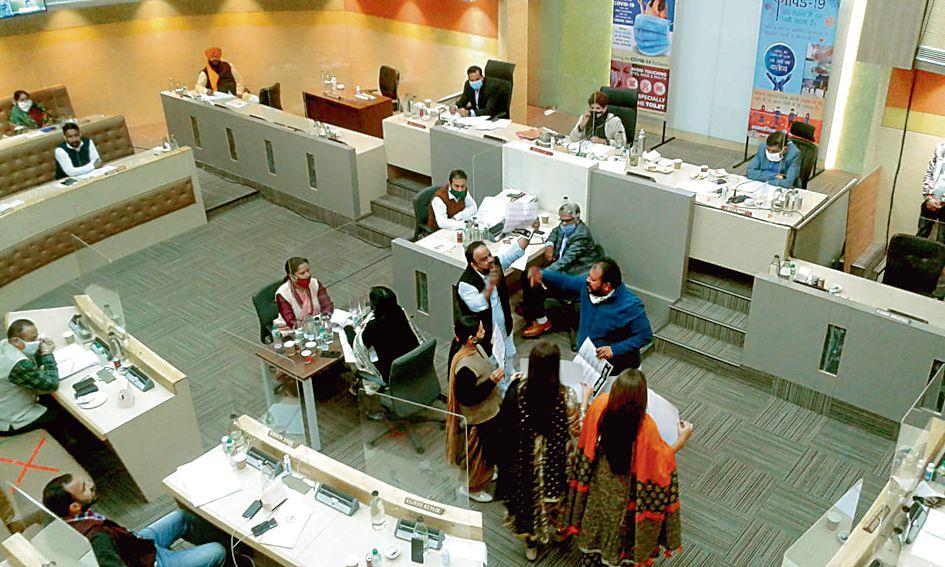 In a temporary relief to 4,298 allottees of rehabilitation colonies in Mauli Jagran and Sector 52, the MC House has decided not to serve fresh building violation notices on them.

A discussion was held on the issue during a General House meeting today. Later, MC Commissioner KK Yadav told the House that a committee would be formed to look into their demand for regularising the building violations by charging one-time fee. The committee will table its findings before the House for its approval. Till then, no fresh notice will be issued for violations.

Along with this, house owners were directed to ensure no new construction takes place on their premises till a decision on the matter was taken. Those not abiding by the direction will face legal action.

Reacting to the agenda earlier, Leader of Opposition Devinder Singh Babla demanded that the same norm should be applied to all colonies like the Sector 30 EWS Colony. However, he was told by other councillors that only these two rehabilitation colonies fall under the MC jurisdiction and they can decide only about them. Other colonies come under the jurisdiction of the UT Administration.

Area councillors Chandrawati Shukla and Anil Dubey had proposed the agenda demanding suitable changes in the policy and regularising building violations by way of a one-time payment to provide relief to poor people and stop issuing notices to them. They had sought the relief on the grounds that the CHB violators had also been given one-time settlement offer.

As per the agenda, most residents of the two colonies had violated the terms and conditions of allotment by making unauthorised constructions like cantilevers, toilets or new storeys. About 80 to 90 per cent of the licencees have sold out the transit sites on the general power of attorney.

Under the scheme, only the ground floor was to be used for different trades, but the allottees built two to four floors.