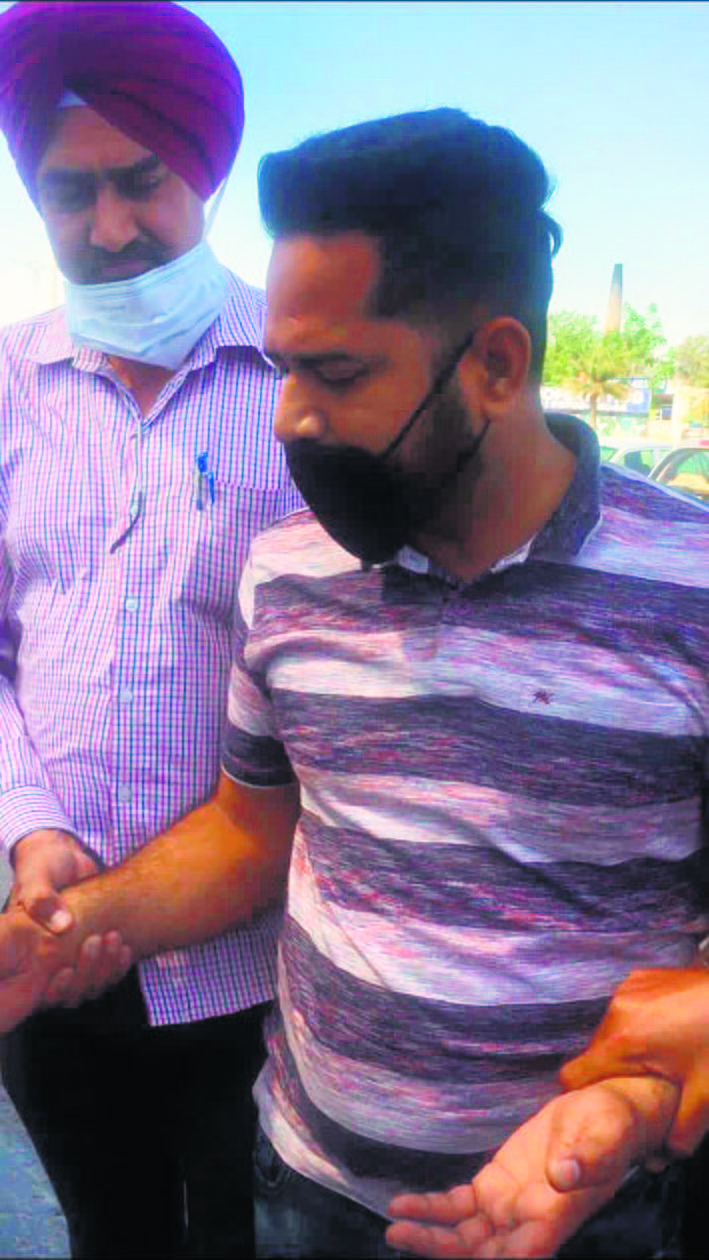 Ranjit Khan, who was nabbed while taking the bribe.

The suspect had already taken Rs5 lakh as bribe from the complainant on March 28. This amount was sought for reducing the fine (damage report) for cutting some unmarked trees vis-a-vis transporting the wood to the open market.

The VB chief said the complainant had a permit issued by the Forest Department to cut and sell khair trees in Majri block. He had permission till March 31 to remove the trees from the site. However, he was stopped from transporting the wood by the suspect citing a complaint against him regarding irregularities in the cutting of trees.

The official said the suspects had demanded Rs2,000 per tree from the complainant and had already taken Rs5 lakh, but now they were demanding the remaining bribe amount of Rs3.20 lakh in lieu of allowing them to transport the wood, reducing the fine from Rs3.54 lakh to Rs2.5 lakh and issuing a fine report in the name of an associate of the complainant.

Uppal highlighted that co-accused Ranjit Khan was arrested today from the Omaxe Tower parking area while taking a bribe of Rs4.5 lakh from the complainant on behalf of block officer Baldev Singh.

Block officer Baldev Singh is absconding. An official hammer of the Mirzapur block officer was also recovered from Ranjit Khan's car. A case has been registered under Section 7 of the Prevention of Corruption Act and Section 120-B of the IPC at the Vigilance police station in Mohali.