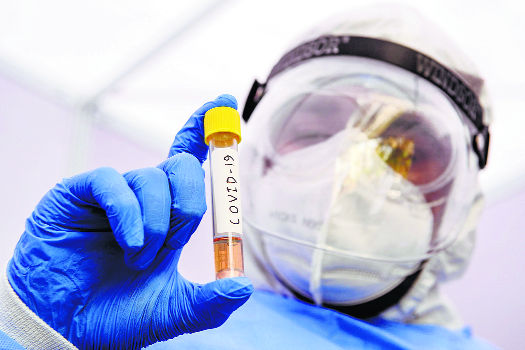 Four fresh cases were reported from the city today, taking the tally of the UT to 450. Now, there are 55 active cases in the city.

Those infected include three members of a family — 19-year-old, his 54-year-old mother, who is a private doctor, and 56-year-old father, from Shivalik Enclave in NAC, Mani Majra. Their one family member and five family contacts are being sampled.

Another case is that of a 44-year-old man from Khudda Lahora. He has four family contacts. All of them are asymptomatic and are being sampled. The family had travelled to Moradabad (Uttar Pradesh) from June 14 to 16.

A total of 21 patients were discharged from Shri Dhanwantry Ayurvedic College and Hospital, Sector 46, Chandigarh, today.

Of them, 15 have been shifted to a post-discharge quarantine facility at Sood Dharmshala. Fourteen of them are from Mauli Jagran. Six others were discharged after they completed  their 10-day isolation period. They will self-isolate at home for the next seven days.

Fishermen issue among key bilateral topics to be discussed during Rajapaksa-Modi summit: Lanka

Fishing by Indians in Sri Lankan waters has been a recurring...