In Zirakpur, bookings being cancelled, shifted in view of night curfew, early closure of banquet halls 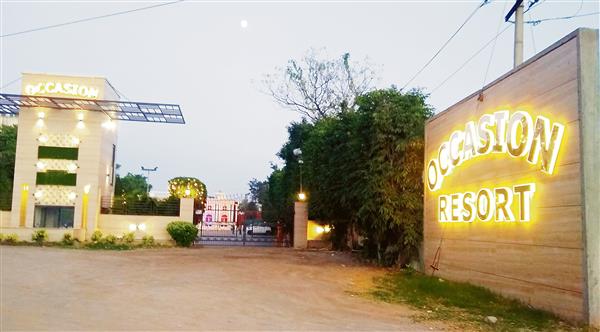 The Punjab Government’s decision to impose a curfew in the state from 10 pm to 5 am from December 1 has left couples scurrying to change their wedding plans accordingly.

While wedding planners in Mohali district had started thinking of getting back into business, the new Covid curbs came as a bolt from the blue. In view of the new guidelines, couples are now rescheduling their weddings.

On November 25, the state government had clamped the night curfew and decided not to allow marriage palaces and hotels to remain open beyond 9.30 pm from December 1. The government decided to review the curbs on December 15. This led to panic among those who had bookings during the period from December 1 and 15.

Marriage palace owners said soon after the fresh curbs, they were flooded with calls asking them to either cancel or reschedule their functions.

Since banquet halls will close by 9.30 pm, couples are in a quandary as most functions take place at night.

Rajiv Sharma, manager, GK Resort, said, “We have cancelled two bookings between December 1 and 15. We have managed to arrange the bookings for two wedding events in Panchkula.” “Two couples wanted us to reschedule their wedding due to the night curfew. Now, people are asking about availability after December 15,” he said.

Manjit Singh, owner of Wedlock Manor, said: “The only way out is to start the function a little early. We used to start the ceremonies by 8 pm but now we will start these at 6 pm and wind up the function by 9.30 pm. We have arranged rooms and other facilities for family members planning ‘vidaai’ after 5 am.”

Sandeep Sharma, general manager, Palms Banquet, said: “We have six bookings between December 1 and 15. There have been no cancellations so far. Functions will start at 4 pm instead of 8 pm now.”