Civic body to launch 2nd phase of segregation at source, collection through vehicles 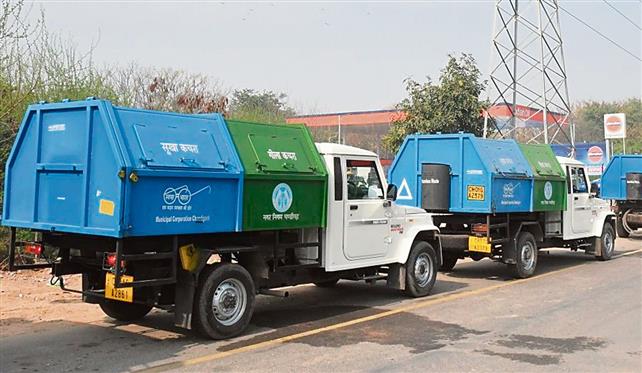 Come Monday, the traditional system of door-to-door waste collection will be a thing of past in the entire city. The MC is all set to launch the second phase of segregation at source and waste collection through its two-bin garbage-lifting vehicles on March 1.

In the first phase, which was launched in December, vehicles replaced rehris in Sector 1-30. Now, the MC will cover the remaining sectors too. The collection charges will be added to the water bills of households.

“We signed an MoU with the waste collectors today. From Monday, the second phase will be launched covering the entire city for waste collection through our vehicles,” confirmed MC Commissioner KK Yadav.

The civic body had earlier registered about 600 collectors to work as helpers or drivers in the vehicles. However, very few of them had turned up for work.

Later, the MC held a meeting with waste collectors and agreed to let them keep the entire dry waste. They earn money by selling it. Previously, it was decided that the MC will earn from the dry waste and share the profit with the collectors. This provision has been changed now.

The MC also promised them 10 per cent annual hike in wages. Officials said it does not imply that they would collect this increased charges from the residents, but would make arrangements from the civic body’s own system.

Officials said sanitary inspectors would now register the collectors at the place of the latter’s work.

RWAs had told the MC to start the second phase of the waste segregation and collection project only after convincing the collectors so as to avoid inconvenience to general public.

According to the MC plan, the twin-bin vehicles would directly drop waste at three recovery centres, which are under-construction and going to phase out existing sehaj safai kendras. From the recovery centres, big trucks will transport garbage to the waste processing plant in Sector 25.