Gathering of dera followers in P’kula was illegal: Amicus curiae 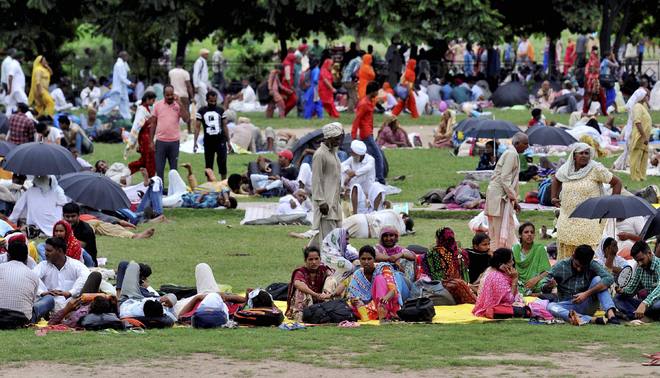 Continuing with his arguments in the case revolving around violence that broke after the conviction of Dera Sacha Sauda chief Gurmeet Ram Rahim Singh, amicus curiae or the friend of the Court Anupam Gupta told the Punjab and Haryana High Court that gathering of followers in Panchkula before the pronouncement of verdict by the CBI court was illegal. The Bench was also told that the followers had gathered on command of the dera chief.

As the case came up for resumed hearing before a three-Judge Bench comprising Justice Rajiv Sharma, Justice RK Jain and Justice Augustine George Masih, senior advocate Gupta submitted everyone had a right to gather, but the objective has to be seen.

“The gathering of dera followers in Panchkula was illegal. They had come to Panchkula on command of their guru believing him innocent and not wanting him to be convicted. The purpose of such a gathering has to be considered. There was complete lack of innocence in the intent of the gathering in Panchkula,” Gupta submitted.

The Bench would now hear Haryana Additional Advocate-General Pawan Girdhar on behalf of the state. The Bench has already made it clear that senior advocate Puneet Bali too would be heard on behalf of institutions run by the dera. Punjab Advocate-General Atul Nanda was also asked to be present in the court for addressing arguments.

The Bench was hearing arguments on the issue of damage to public property on a petition filed in public interest by Panchkula resident-cum-advocate Ravinder Dhull on the law-and-order situation arising out of dera head Gurmeet Ram Rahim Singh’s case.