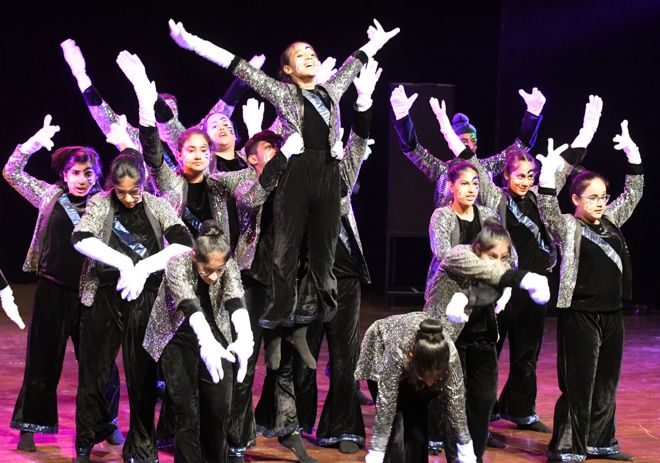 Students perform during the inauguration of the 3-day conference at Tagore Theatre in Chandigarh on Friday. Tribune photo: Vicky

The 13th edition of BVCMUN, organised by Bhavan Vidyalaya, Chandigarh, was inaugurated by Punjab Governor and UT Administrator Banwarilal Purohit during a ceremony held at Tagore Theatre here today.

The opening ceremony of the three-day conference brought together close to 400 delegates from 56 schools from India and abroad, including teams from the UAE, Kuwait and the United Kingdom.

Speaking to student delegates, Purohit asked them to keep in mind the ideals of simple living and high thinking. He also reminded the delegates of bringing about a lasting change by taking action.

Senior Principal of the school Vineeta Arora, while greeting the young delegates in her opening remarks, spoke about how the BVCMUN had grown over the past decade.

Later, Director General Prabhat Rajagopalan welcomed the members of the esteemed executive board in his speech. The wheels of the conference were soon set in motion as Secretary-General Mehr Chabra declared the conference open by sounding the gavel.

The theme of “BVCMUN-2022” this year is “From Deliberation to Action”. Over the next two days, student delegates are set to engage in debates and deliberations over some of the most pressing issues that plague our world today, through an array of compelling committees and agendas. A highly reputed executive board with members from various parts of the country will be presiding over the conference to judge the delegates.