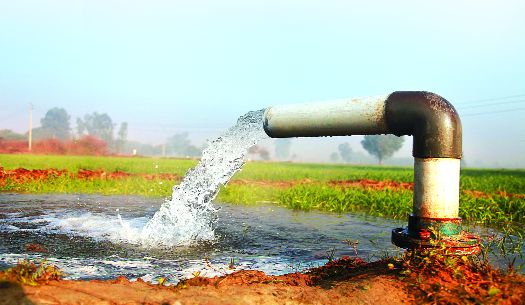 In reply to a question raised in the Lok Sabha whether the level of groundwater is rapidly depleting in various parts of the country thereby causing a shortage of potable water in the said area, Bishweswar Tudu, Minister of State for Jal Shakti, stated that the Central Ground Water Board was periodically monitoring the groundwater levels throughout the country, including Chandigarh, through a network of monitoring wells.

In order to assess the long-term fluctuation in the groundwater level, the water level data collected by the Board during November 2020 has been compared with the decadal means of November (2010-2019).

A senior official of the Municipal Corporation, UT, said the main reasons for depleting groundwater was over-extraction and poor recharge of groundwater.

To assess groundwater recharge in accordance with the Ground Water Resources Estimation Methodology-2015 and to estimate the status of utilisation of the annual extractable groundwater resource, former UT Administrator VP Singh Badnore had constituted an 11-member committee in October last year.

The minister, however, stated that important measures had been taken by the Central Government for conservation, management of groundwater and an effective implementation of rainwater harvesting in the country.