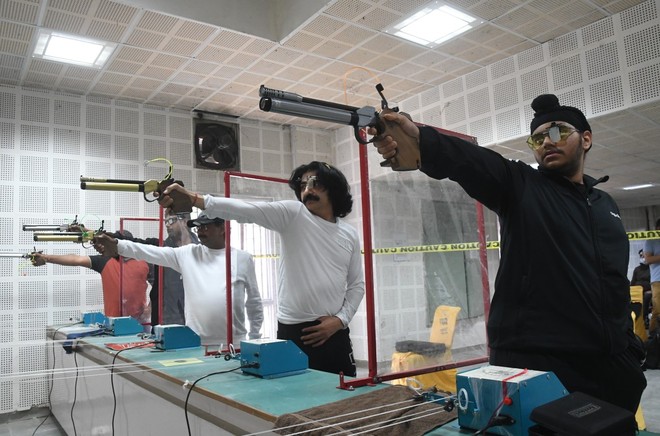 Hanuman Singh won gold in the 50m rifle event on the second day of the ongoing 45th State Shooting Championship being organised by the Chandigarh Rifle Association at Patiala ki Rao Shooting Range on Wednesday.