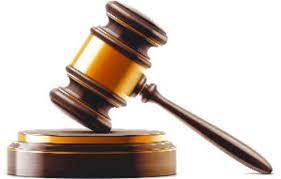 A heritage desk chair with wooden structure from the City Beautiful was sold for Rs 2.78 lakh at an auction organised by Cambi Auction House, Genoa, Italy, on September 20.

In a letter to the Secretary General, Rajya Sabha, New Delhi, Ajay Jagga, member, Heritage Protection Cell, Chandigarh, stated that he had submitted on September 7, in respect of his “petition for protection of national heritage (Chandigarh heritage articles) from being auctioned all over the world”, that a chair was going to be auctioned in Italy by an auction house on September 20.

The origin of the item was declared as ‘coming from the furnishings of the administrative premises of Chandigarh’.

The auction was held yesterday and the article of Chandigarh, which was taken abroad in an illegal manner, was auctioned for a sum of Rs 2.78 lakh.