13 stolen bicycles have been recovered from him 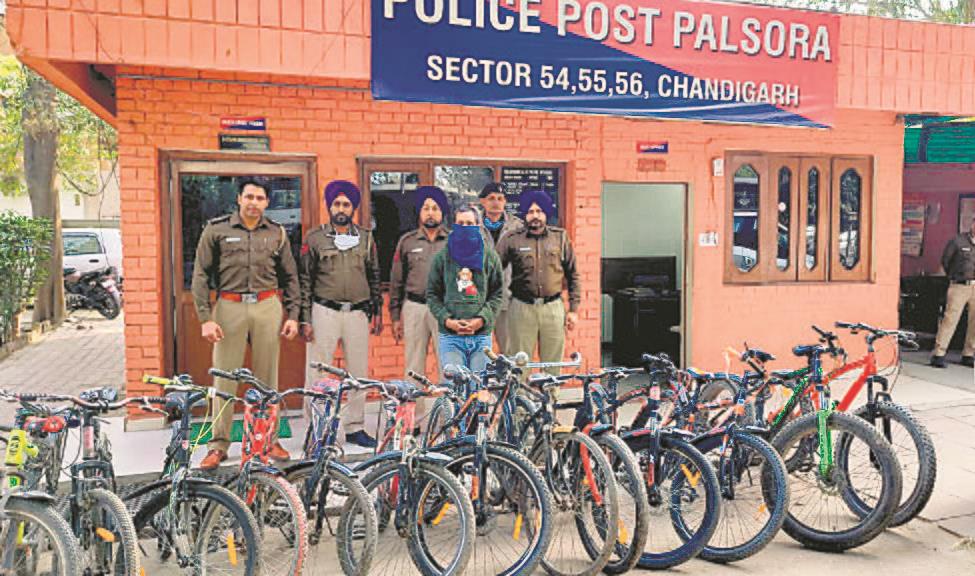 The accused with the stolen bicycles in the UT police custody.

A 27-year-old youth, who stole costly bicycles from outside houses in southern sectors, has been arrested by the UT police and 13 stolen bicycles have been recovered from him.

A team, led by SI Satnam Singh, in charge of the Palsora police post, nabbed the accused, identified as Divesh Sharma Balongi, Mohali.

The police said there were complaints of bicycle thefts from houses in Sector 56, Sector 38 (West) and other sectors bordering Mohali. “He was nabbed from the area under the Palsora police post on a tip-off,” said the police.

Investigation revealed that the accused sold the stolen bicycles to people at cheap rates. He was produced before the court that sent him to one-day police remand.