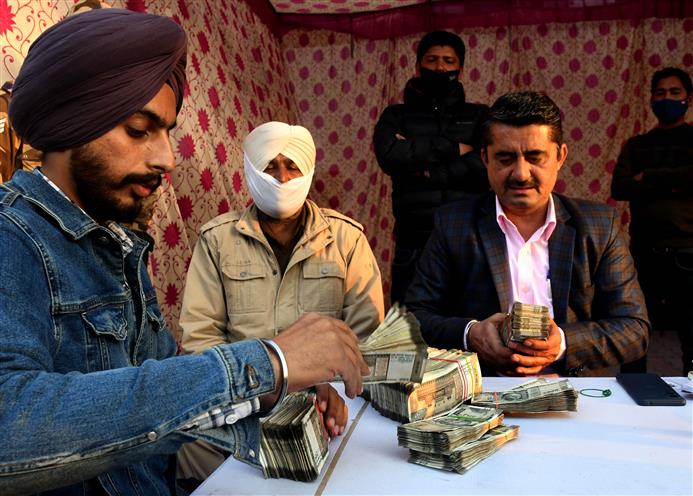 The unaccounted cash recovered from a Baddi resident travelling in a car in Mohali on Wednesday. Tribune photo: Vicky

A Himachal Pradesh resident was intercepted with unaccounted cash to the tune of Rs27.50 lakh here today.

The person has been identified as Pritam Singh, a resident of Baddi. The vehicle in which he was travelling was intercepted on a naka at the Hotel Franco light point near Phase 1 in Mohali.

Phase 1 SHO Shivdeep Brar said there were four persons, including two women, in the vehicle. They claimed that some of the cash was the rent money of a hotel and they were coming from Kasol near Bhuntar (HP).

After the Model Code of Conduct comes into force, the Election Commission of India guidelines mandate that a person need to have valid documents for carrying cash above Rs50,000. If the seized amount is above Rs10 lakh, the Income Tax Department will be involved in the case.