Takes 400 cylinders a day, while another hospital with same capacity consumes 90; probe ordered 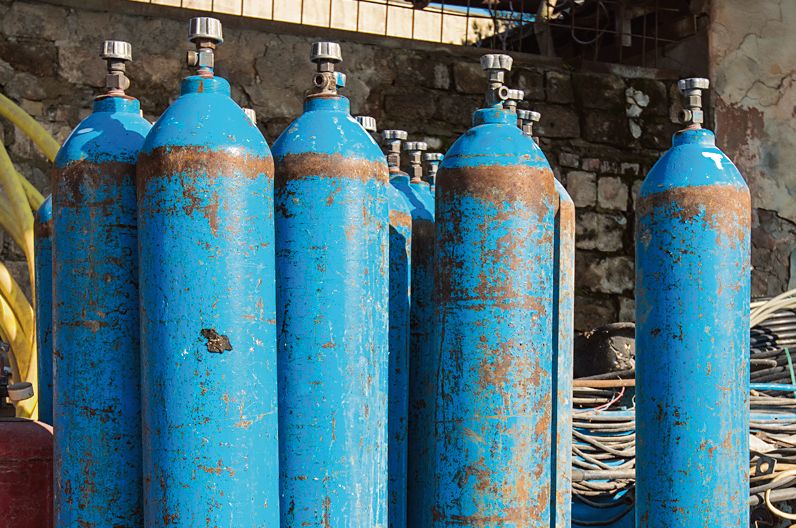 Nodal Officer for Oxygen Supplies in UT Yashpal Garg today marked an inquiry against a private hospital for taking an “abnormal” quantity of 400 oxygen cylinders per day.

“The consumption of each of the private hospitals was examined with regard to its capacity and beds reserved for Covid patients. Senior doctors from the government hospitals could not analyse and find out the possible reasons for such an abnormal consumption of medical oxygen by that private hospital. According to them, it seems almost impossible to consume such quantity of oxygen even when all patients were on ventilator,” said Yashpal Garg, Nodal Officer for Oxygen Supplies in UT.

The issue has now been taken seriously and it has been decided that a detailed inquiry be carried out in this regard. Garg said appropriate actions would be taken against the hospital authorities, in accordance with the findings of the inquiry.

It has also been decided that a team of senior doctors of the GMCH-32 and GMSH-16 will visit private hospitals and government hospitals next week. The purpose of the visit will be to educate and sensitise the hospital authorities to optimum utilisation of medical oxygen, which is a precious commodity.

According to senior doctors, some of the reasons for wastage can be a leak in oxygen pipelines and outlets, valves left open, masks not fitted properly on patients or incorrect flow of oxygen.