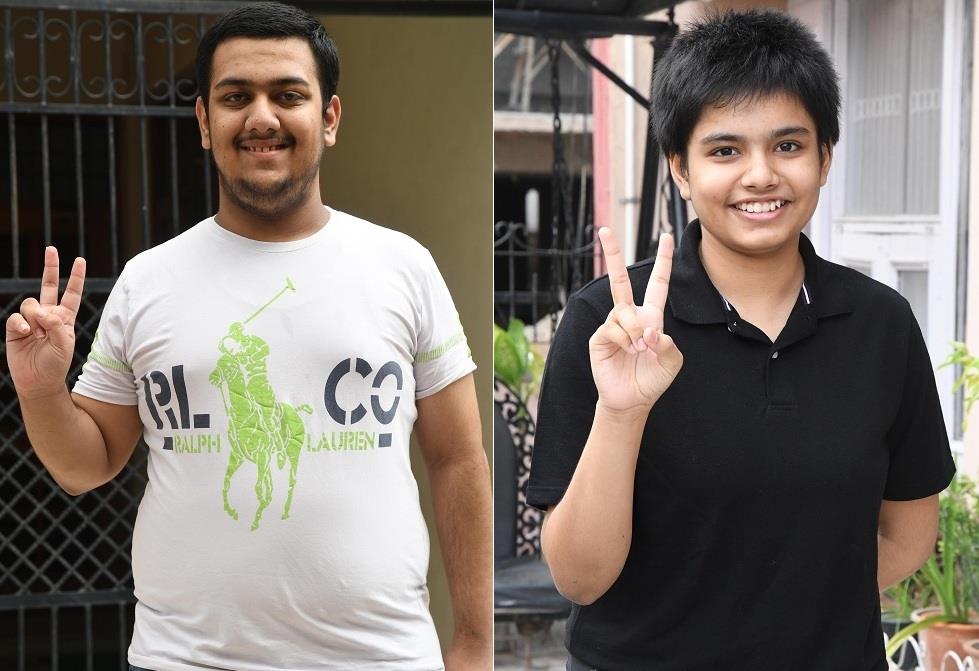 Naman Bhardwaj of Little Flower Convent School and Viha Singla of Saupin’s School here have shared the first position in the Indian Certificate of Secondary Education (ICSE) Class X examinations in the tricity, the results of which were declared on Friday. The joint toppers scored 99.20 per cent each.

Naman, who has opted for the non-medical stream in Class XI, says regular studies hold the key to success. His father works for a software company, while his mother is an accountant.

“I studied regularly and teachers’ advice helped me a lot. I synchronised my Class X preparations with the NTSE syllabus. I kept myself away from the social media throughout. It’s a big distraction,” he says.

Outdoor activities are his best stress buster. He aspires to be a software engineer.

Viha Singla says with focus and determination, one can achieve goals.

“I used to devote five hours daily to study. Playing basketball and painting would act as stress busters. It also helped me sharpen my focus,” says Viha, who wants to be an engineer.

Her father is a retired Army officer, while her mother is a homemaker.

She has opted for the non-medical stream in Class XI.

Karan says, “Regular interaction with friends helped me keep stress at bay throughout. Though I used social media, but only within a limit. I studied for three hours each day, apart from school hours and coaching.”

“It was a bit difficult, but I didn’t allow stress to take over,” says Saanvi.