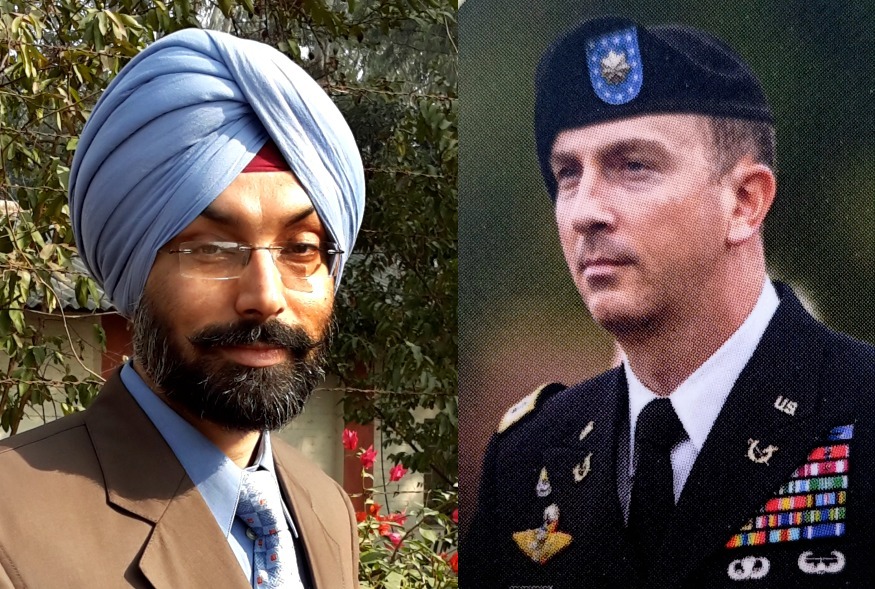 A book on landmark judgements and legal developments pertaining to military service in different countries has been written by an Indian and a US lawyer, both of who have served in the armies of their respective countries.

Titled ‘March to Justice: Global Military Law Landmarks’, it is an anthology of short essays and commentaries by jurists, judges, and academics from around the world on milestone judicial decisions that changed the course of military law in different jurisdictions.

“Although unique on its rules, the military justice system should be recognized as a full partner in administering justice for certain matters within its competence alongside the ordinary civilian justice system,” Diego García-Sayán, United Nations Special Rapporteur on the Independence of Judges and Lawyers and former Justice Minister of Peru, said in his foreword for the book.

“The purpose of military justice has been to ensure that military leadership can maintain discipline, efficiency and morale. Also, military justice had adapted in several countries to legal, military and societal changes. While many challenges remain, it become relevant to study and analyze the outcome of decisions, impact and scope to better understand the consequential effects on military courts in democratic settings,” García-Sayán observed.

“The book aims to provide information on the diverse course taken by military law, justice and reform in various nations, and generate lessons and learning from these experiences, besides triggering a comparative analysis,” Maj Navdeep said. “It should appeal to those interested in the military, law, politics, public policy, governance and human rights, as well as the general reader,” he added.

Navdeep Singh is a lawyer at the Punjab and Haryana High Court and has been a member of a High-Level Committee of Experts constituted by a former defence minister for reducing litigation pertaining to military service and pension-related matters. He has authored several books on service-related matters.

Franklin D Rosenblatt is a retired Lieutenant Colonel from the Judge Advocate General’s Corps of the United States Army and presently teaches Law at Mississippi College School of Law in Jackson, USA. He is also a Judge of the Military Court of Appeals, Mississippi, and remains active in law practice too.