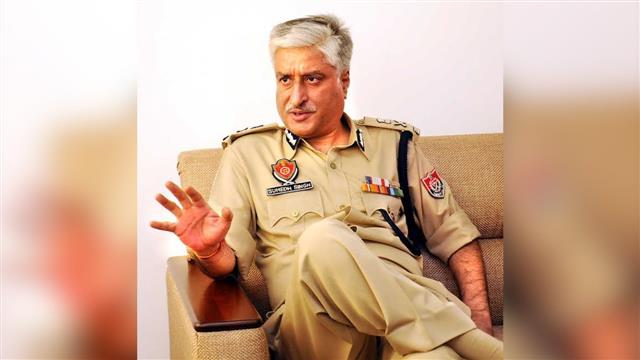 Interim bail of former Punjab DGP Sumedh Singh Saini was extended till July 8 by a Mohali court on Monday under anticipation of adding murder charges in the previous FIR against him in alleged disappearance of Balwant Singh Multani.

Hearing was held in the court of Additional District and Session Judge (ADJ) Sanjay Agnihotri as the court of main Judge Rajnish Garg was not functioning today.

On the consent of counsel of defence as well as the prosecution, the case hearing was deferred for two days and the interim bail of former DGP Saini would continue till July 8.

The decision on quashing the anticipatory bail under Section 302 of the IPC got by former DGP Sumedh Singh Saini will also come up for hearing in the court of ADJ Rajnish Garg.

Sartej Singh Narula, special public persecutor, had argued in the previous hearing that the ADJ’s court has ignored the facts and gravity of the offense while discussing the merits of the case and the interim bail has been granted in a blanket manner.

He said the prosecution had been pressing that in the enthusiasm to grant the anticipatory bail to former DGP Saini, the court of ADJ unduly diluted the considerations that were required to imminently be considered.

Narula said they will present the statement of eyewitness Gursharan Kaur Mann which she recorded under Section 161 of the CrPC corroborating illegal detention and inhuman torture of Balwant Singh Multani at the hands of Saini while seeking cancelation of interim bail granted in anticipation of involving 320 of the IPC.

A four members SIT headed by Superintendent of Police Harmandep Singh Hans (SP-Invst) had been constituted by the Mohali police.

Deputy Superintendent of Police Bikramjit Singh Brar (DSP-Invst) and Mataur police station SHO Inspector Rajiv Kumar were the other members of the SIT who were probing the case.

An FIR was registered afresh against former DGP Saini at Mataur police station accusing him of abduction of Balwant Singh Multani following the complaint of his brother Palwinder Singh Multani under Sections 364, 201, 330, 344, 219 and 120-B of IPC on May 6, at police station Mataur after which DGP moved court seeking anticipatory bail.