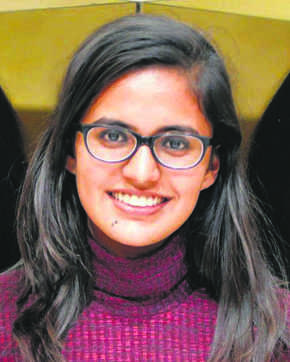 Panjab University’s first women president Kanupriya has been protesting along with farmers at Delhi’s Singhu border. Talking about the agitation, Kanupriya said she had been taking part in farmers’ struggle ever since they gave a call for Punjab Bandh on September 25.

Now in Delhi for five days, she talks about her political aspirations and reasons for stepping into the protest.

“I do feel responsible for societies that stretch beyond Panjab University. This movement has brought economic consciousness among peasants, who are now fighting against privatisation and corporatisation,” said Kanupriya.

“I joined the protest because the government maintains that these farmers have been misled. If you don’t have food security, there are more chances of war-like situation,” she added.

“There’s no active politics than participating in people’s struggle. Many people have tried and failed. I don’t want to try a failed experiment,” she said. — TNS