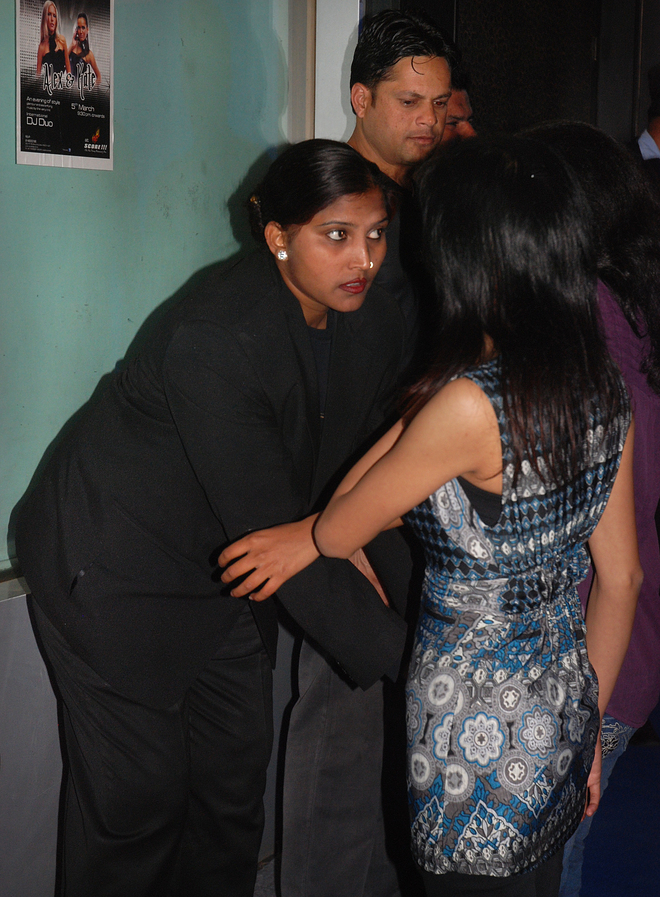 A bouncer frisks a guest at a nightclub in Chandigarh. file photo

The Punjab Governor and the UT Administrator, VP Singh Badnore, has directed the Chandigarh Police to maintain a record of the staff and bouncers deployed at nightclubs, pubs and bars. The instructions were passed to the UT DGP, Sanjay Baniwal, during the crime review meeting held yesterday.

The Governor directed the DGP to make sure that antecedents of all bouncers deployed at pubs and bars were verified and their proper record maintained.

Maintaining law and order near clubs is one of the major concerns for the police. Recently, two shooting incidents, including a murder, was reported outside a nightclub. In the past, bouncers’ involvement has also been detected in brawls.

The Administrator also stated that the Police Department had to be streamlined.

The Adviser to UT Administrator, Manoj Parida, raised concern over rising motor vehicle thefts in the city, at the meeting.