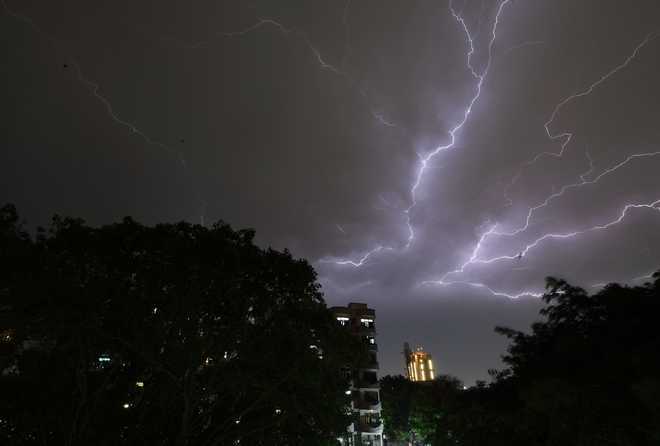 Lightning struck at a house in Mamta Enclave in the Dhakoli.

Lightning struck at a house in Mamta Enclave in the Dhakoli area here today. No casualty was reported.

House owner Rakesh Kumar said he was on the second floor when the incident took place in the evening. The banners installed on the second floor fell down with a gust of wind and cracks appeared on the roof and walls. He said the debris fell on his car parked below damaging its windowpanes.

In his neighbouring house, CCTV cameras exploded. There were also reports of damage to electrical appliances in some houses. — TNS