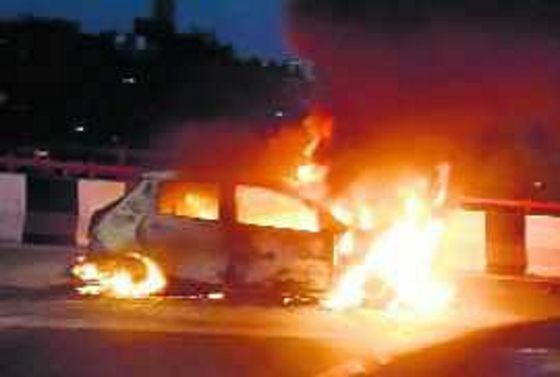 An unidentified man was charred to death as he was unable to escape from his moving car when it caught fire near Mauli village on the Panchkula-Barwala highway late last night.

The identity of the victim is still unknown. The cause of the fire is also yet to be ascertained.

Fire engines were called to the spot to douse the fire. It took firefighters 30 minutes to put out the blaze.

According to a police official, the flames erupted suddenly while the Maruti Swift DZire was in motion, apparently disabling the central locking of the car, trapping the victim inside.

“The vehicle continued to move as it caught fire until it hit a road divider. It was difficult for us to make out the exact registration number of the burnt vehicle. Our efforts are on to trace its owner,” the police official added.