Market buzz to return with vendors

Festive season: MC to give nod for stalls from Oct 23 to Nov 15 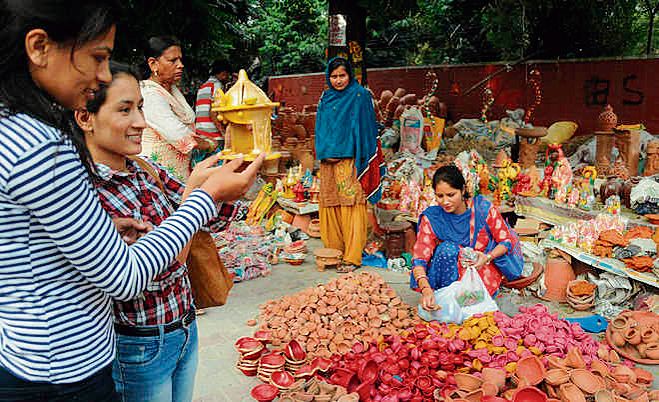 Street vendors, who create the maximum buzz in city markets, will be back in business from October 23 this festive season. Close to 9,000 registered street vendors dot the nook and cranny of Chandigarh selling cheap wares to a majority of the population. However, since March 22, their daily business has been wrecked by the pandemic.

“The Municipal Corporation will give permission to the street vendors from October 23 to November 15,” said Sorabh Kumar Arora, Joint Commissioner, MC.

The 24-day window will begin two days before Dasehra and end around Diwali. The street vendors will be able to put up stalls in open spaces and near parking lots of markets. The civic body pockets around Rs25 to 30 lakh every year from small-time businessmen, most of whom operate on a daily basis.

For them, the MC rates remain unchanged since 2018 “as there has been no enhancement this year due to Covid-19”, said Arora.

Sector 15, 19, 22, 34 and 35 will remain the hotspots this year too even though sector markets across the city buzz with these vendors similarly.

“We have not started the process yet and it remains to be seen how many vendors will apply for the permission as most of them had gone back home in the past six months,” said an MC official.

As usual, the enforcement wing of the civic body will keep an eye on vendors who violate Covid protocols. “There will be strict implementation of all protocols, so, no let-up in this regard,” said another official.