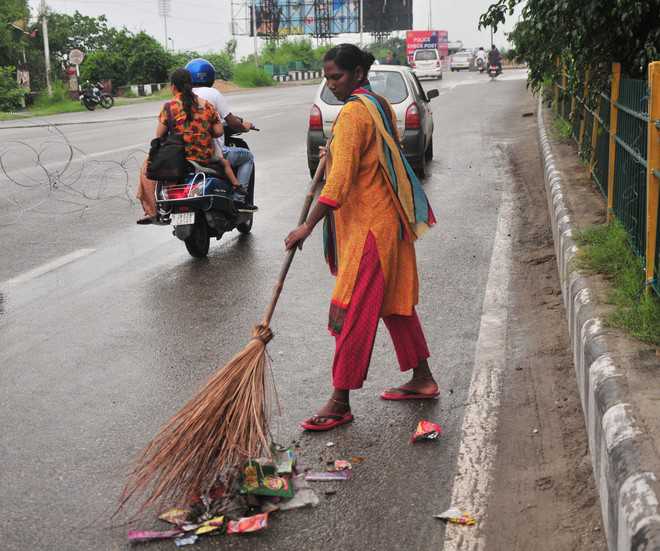 Even as the Municipal Corporation has spent huge money on GPS-enabled watches to track its employees, sanitation workers have refused to wear these, saying it was like making them a bonded labour.

The Safai Karamchari Union has vowed not to wear these watches.

Ompal Singh Chanwar, general secretary of the union, said, “About 200-300 of us have been given these watches. If till February 27, the watch system is not stopped, we will hold a major agitation.”

“Some workers who wore these watches had their hands swollen. Its radiations are harmful. Even the workers in the horticulture wing are not wearing these. If officials feel we are not working, how come 500 metric tonne of waste is getting lifted every day from the city?” he added.

The MC introduced the GPS-enabled watches for marking the attendance of the field staff, check misuse of manual attendance system, maintain transparency and get rid of ‘dummy’ workers.

There have been complaints that several workers, especially in the sanitation wing of the MC, have been missing from their place of duty and working at some other undesignated places like officials’ residences. There were also complaints of several ‘ghost’ workers getting salaries. The amount was going in the pockets of middlemen.

The corporation procured about 4,000 watches to keep a tab on its field staff. These are being distributed in a phased manner. The MC will pay a whopping Rs 18 lakh monthly rent for a period of three years.

Medical Officer of Health (MOH) Amrit Warring said, “They all have to wear it.”