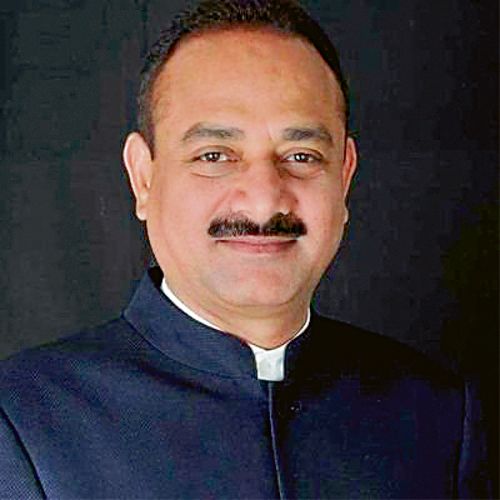 City BJP president and councillor Arun Sood may boast of opening two state-of-the-art community centres and Mahila Bhawan in his ward, but he failed to fulfil his promise of operating the centres on the club membership format and holding woman-centric activities at the bhawan during his five-year term.

City BJP president and councillor Arun Sood may boast of opening two state-of-the-art community centres and Mahila Bhawan in his ward, but he failed to fulfil his promise of operating the centres on the club membership format and holding woman-centric activities at the bhawan during his five-year term.

Gyms could not be opened at two state-of-the-art community centres and Mahila Bhawan as there is no policy and bylaws on appointing instructors at such centres. Arun Sood, City BJP President and Councillor

Gyms and libraries at the two centres have been lying shut since their inauguration in Sector 37 and 38 (West). At Mahila Bhawan in Sector 38 Bhawan, the women’s gym had remained operational for about a year and was shut later.

Though the construction of the two centres began in the previous term of Sood, both projects were completed in his current term. The centres were opened for holding public events on booking in March 2018.

“Local residents have no benefit of the community centres as people from other areas book these for holding various events. We have to bear with noise pollution and parking problem instead. Residents were to get the benefit of these by becoming their members, but that did not happen as the councillor wanted to make members and office-bearers of his own choice,” alleged Pankaj Gupta, president, Resident Welfare Association, Sector 38 (West).

“A dispensary and a crèche were to come up on the land of the Sector 38 (W) community centre as per a 1996 layout plan of the CHB. They will not be built now. Likewise, it was claimed that woman-centric facilities such as seminars, gym and art activities will be held at the Mahila Bhawan, but it could not be used for the prime purpose it was built for,” he added.

Residents said owing to non-resolution of the waste processing plant issue, they had to bear with stench. Recarpeting of road in pocket A of Sector 38 has been hanging fire.

JP Yadav, president, RWA, Sector 37-A, said, “In our area, politics gets more prominence over works. Tracks are yet to be built in two parks and dark spots near the gurdwara are still without lights.”

As far as MC House meetings are concerned, Sood has been the most vocal councillor.

Result: Membership process could not be started. No activity for women is being held at Mahila Bhawan