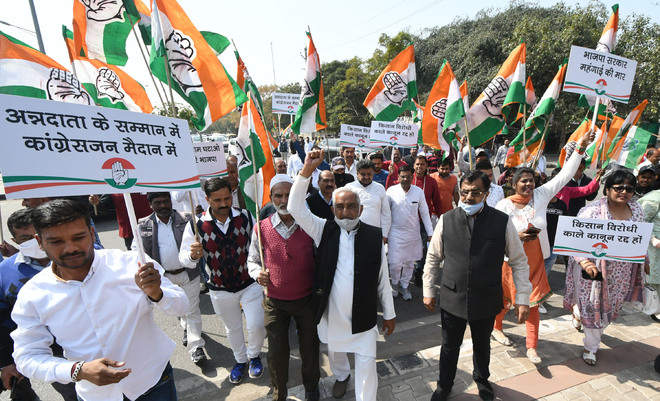 The Panchkula Congress unit today staged a protest against the unprecedented hike in fuel prices and the three contentious farm laws.

“These black laws are not limited to the farmers but will have direct consequences on ordinary citizens. If the laws are implemented, basic food items will become expensive,” he said while addressing a conference at Bishnoi Bhawan in Sector 15.

The Congress leader further said the consecutive hike in the petrol prices had proven that the Modi government was insensitive towards the poor.

Mohan said it was their duty to stand in solidarity with the farmers and his party would hold protests daily in different residential sectors to press for their demands.