Three other suspects of the inter-state gang identified, say cops 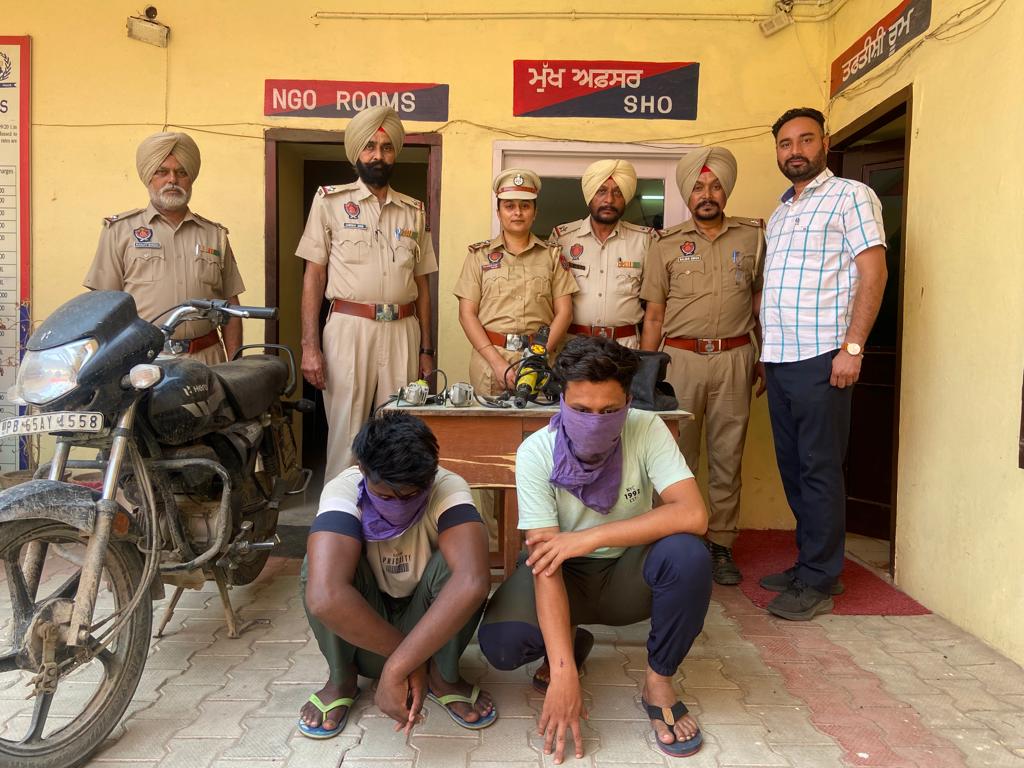 The police have arrested two suspects and have identified three other members of a five-member gang in connection with the Central Cooperative Bank, Gharuan, theft on May 5.

UP resident Mohit Sharma and Jind resident Ajay Kumar were arrested from Randhawa Road, T-point, Pir Sohana. Both arrested suspects are members of an inter-state gang, which operates in North India. They were arrested along with a motorcycle, a cutter and grinder machine, which were used in the crime.

Jind residents Amit, alias Token, Anil, and Mechi are still at large. The gang has reportedly carried out thefts at several bank in various states. More than a dozen criminal cases are registered against the suspects. A case under Sections 457, 380 and 34 of the IPC has been registered at the Sadar Kharar police station.

Kharar DSP Bikramjit Singh Brar said, “Teams were formed and technical surveillance was done to identify the suspects. We are hopeful of arresting the three others and recovering the money (Rs 18 lakh) from them.”

Thieves decamped with Rs 18 lakh from a bank, which was sans a security guard, near the bus stand in Ghauran on May 5. Tejpal Singh, the bank manager, had stated that two thieves broke into the bank after cutting the locks of the shutter. Later, they demolished the wall of the currency chest room and made off with Rs 18 lakh.