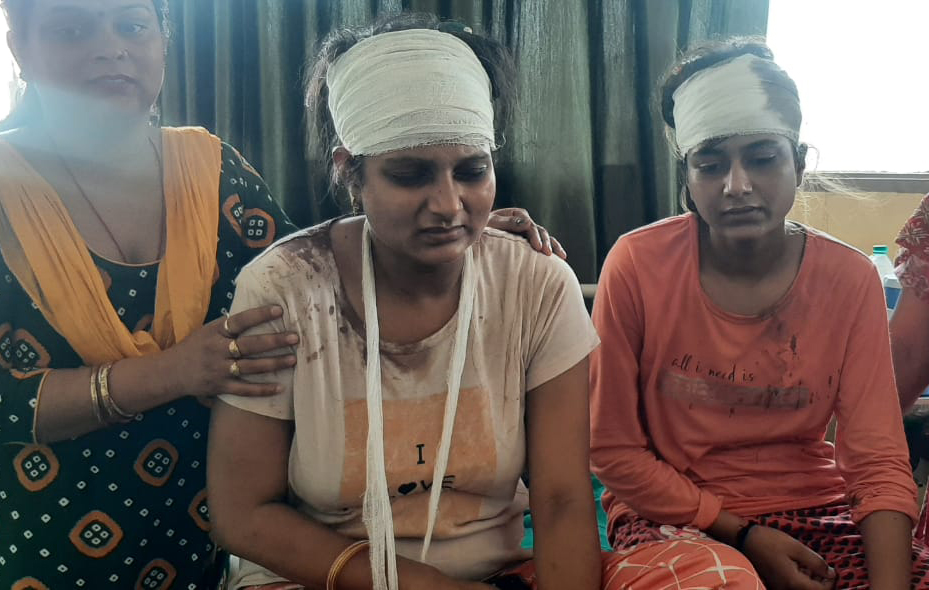 Family members of Hitesh Nell, who was shot at by an ASI, at the Civil Hospital in Dera Bassi. A Tribune photo

The in-charge of the Mubarikpur police post, Assistant Sub-Inspector Balwinder Singh, has been suspended for allegedly firing at a youth after a scuffle at a check-post in Dera Bassi last night.

Senior Superintendent of Police (SSP) Viviek Sheel Soni said the ASI had been suspended and an inquiry marked to the DSP. He said the DSP had been asked to conduct a thorough probe and submit a report. Until then, the ASI would be under suspension.

A police party had allegedly opened fire after it was challenged by some youths refusing to allow the police to conduct a search at a check-post at Habetpur in Dera Bassi. The ASI had allegedly shot at a youth, Hitesh. The bullet had pierced through the victim’s thigh. He was admitted to the Civil Hospital at Dera Bassi from where he was referred to the GMCH, Sector 32.

The ASI had claimed that he had fired in self-defence as the police came under attack from Hitesh, his sisters, brother-in-law and another person when they stopped a man and his wife for checking. A police officer was badly injured in this scuffle.

Hitesh’s brother-in-law had alleged that the police had misbehaved with him and his wife and when Hitesh came to their rescue, the police shot at him.