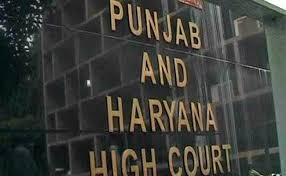 A decade after the scheduled completion of the Mohali bus terminal-cum-commercial complex, the Punjab and Haryana High Court has put the state of Punjab on notice on a petition alleging that the investors were defrauded of approximately Rs490 crore.

The notice by Justice Gurvinder Singh Gill came on a petition against the state and other respondents by Kewal Krishan Bhukal and other petitioners through counsel Navkiran Singh. Appearing before the Bench through videoconferencing, Navkiran Singh submitted that the Punjab Industrial Development Board invited proposals for construction of the bus terminal-cum-commercial complex at Mohali.

The proposal of Gurugram-based M/s C&C Constructions Limited was accepted and the contract was awarded. However, the company constituted a special purpose company (SPC) “M/s C&C Towers Limited” for undertaking the construction.

M/s C&C Constructions Limited furnished a deed of guarantee and a certificate that it had 100 per cent equity in the SPC. Navkiran Singh further submitted that the petitioners, along with nearly 400 other innocent buyers, invested in the project for purchase of retail shops/commercial space. In this manner, approximately Rs490 crore was collected by M/s C&C Towers Limited, which was a subsidiary of M/s C&C Constructions Limited.

He also told the court that the construction was to be completed by 2011, but it did not make any headway. The petitioners and other investors were left in the lurch after investing huge amounts. “In this manner, the directors and other office-bearers of M/s C&C Constructions Limited and the SPC created by it, defrauded the investors of a huge amount of about Rs490 crore,” he submitted.

The Bench was also told that several FIRs were registered against the companies and its directors. However, the police had not conducted a fair investigation inasmuch as they had virtually given a clean chit to the directors of the parent “defaulting company, namely Amritpal Singh Chadha and Rajbir Singh, on the grounds that they had no concern with the SPC”.

Even Col CVS Sehgal, chief general manager of the company, was declared innocent as per the inquiry report. Navkiran Singh added that Gurjeet Singh Johar, chairman of the “defaulting company”, and Charanvir Singh Sethi, whose anticipatory bail applications were dismissed, were shown undue favour by the police. Despite dismissal of their bail applications, they were released on personal bonds.

Navkiran Singh contended that it was evident that a biased investigation was being conducted and the real culprits, who siphoned off crores of rupees, were not being taken to task. In such circumstances, the investigation was required to be conducted by some independent agency such as the CBI.