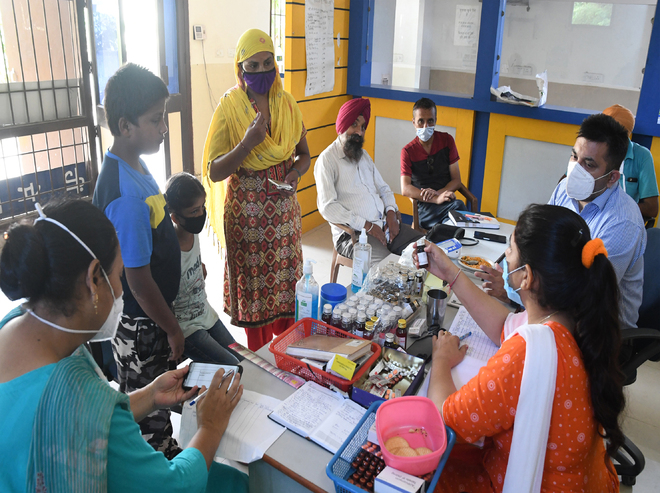 Despite two deaths and hundreds of cases of diarrhoea and a cholera outbreak in the Baltana and Peermuchalla areas of Zirakpur in the past one month, the Mohali district administration is twiddling its thumbs over the alarming situation. There has been no action on the Municipal Council officials in this regard till now, neither has there been any serious attempt to ascertain the cause of the outbreak of diseases.

A month ago, Mohali Deputy Commissioner had talked of “fixing the responsibility of erring officials this time”, but action has been taken yet.

At a time when residents of Zirakpur are complaining of water contamination and leakages in water supply lines, the department is under the supervision of Dera Bassi Municipal Council Executive Officer.

In-charge Jagjit Singh Jajj said: “I am in touch with the Municipal Council engineer and junior engineer concerned on a daily basis. They are handling the technical aspects.”

During the cholera outbreak in Baltana in August, the administration had claimed that the contamination of water supply with sewage occurred due to leaking “tullu pump” connections and illegal connections. This time, officials of the administration and the Municipal Council have gone a step forward and claimed that no leakage has been found till now.

Dera Bassi SDM Kuldeep Bawa said: “There have been five-six deaths due to diarrhoea and dengue in the Dera Bassi area in the past one month. The problem in Mubarikpur has been rectified. I will visit the Peermuchalla tomorrow and take stock of the situation.”

Officials said there is no complaint in writing about water contamination. It may be due to individual submersible pumps installed in houses. Once the water sample reports come, we will be able to identify the source of contamination.

Since June this year, residents have been complaining about water contamination at various places in the district. In June, 80 gastro cases were reported from Kharar. In August, two persons died due to cholera in Baltana. In September, three persons died in Trivedi Camp of Dera Bassi after complaining of fever and abdominal pain. More than 200 cases of diarrhoea-like symptoms have been reported from Peermuchalla.