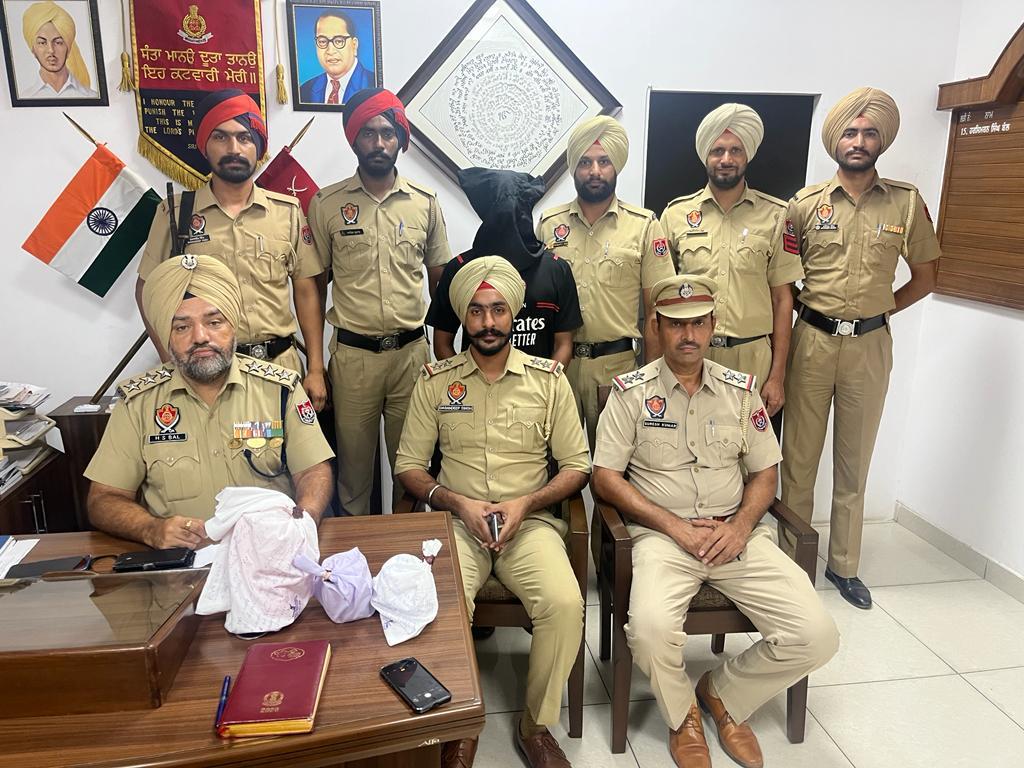 The suspect in police custody with the seized items in Mohali.

The police have arrested Bhagirath, a resident of Phase 11 here and a UP native, and recovered 27-gm heroin, 38.80-gm ICE drug, 10 syringes, 10 narcotics vials and Rs 40,000 drug money from him. A case under the NDPS Act has been registered at the Phase 11 police station.

DSP City-2 Harsimran Bal said: “The suspect was held near Phase 9 during a blockade. The police are probing his involvement in many cases. He has a good network of anti-social elements. The suspect was earlier booked under the Arms Act.”