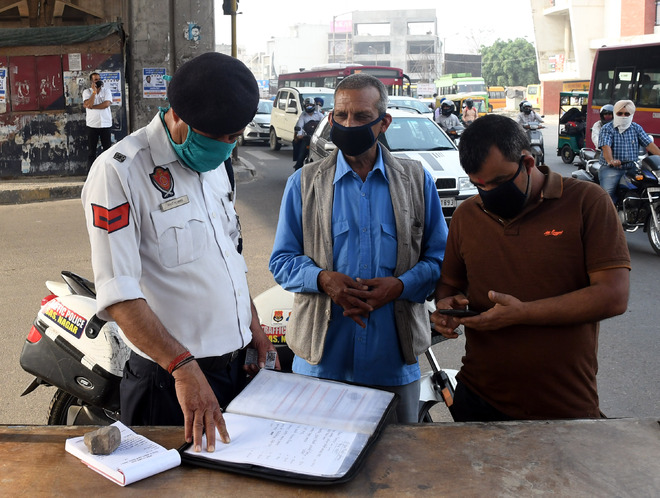 A traffic cop issues a challan to commuters caught travelling without a mask in Zirakpur on Thursday. The violators wore their masks later. Tribune photo: Nitin Mittal

In view of a surge in Covid cases, the district administration has ramped up its testing capacity. In September 2020, the peak time of the pandemic, an average 1,100 tests were being conducted daily. The figure has shot up to more than 2,200 in April this year.

According to information, in September last year, the Health Department had conducted 32,747 Covid tests and 6,254 were found positive, showing 19 per cent positivity rate.

In March this year, 41,336 persons underwent the Covid test and 6,388 of them were found infected, showing 15 per cent positivity rate. However, 17,976 tests were conducted in the eight days of April and the reports of 3,281 were positive, showing an increased positivity rate of 18.2 per cent.

On an average, about 80 to 90 persons were admitted to the ICU in September while in April this year, 129 patients have been provided intensive care. Among them, 57 were in ICU O2 level, 22 in ICU ventilator (NIV), eight in ICU invasive ventilation, 17 in ICU HFNC and 25 in ICU at room temperatures.

Dayalan said, “While we continue to make critical progress, it is important that we don’t panic, but follow the Covid-appropriate behaviour and the government guidelines so that together we fight the deadly virus. The government Covid vaccination centres are open seven days a week. All those eligible for vaccination should come forward over the weekend and get themselves inoculated.” 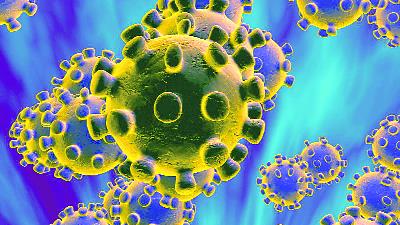