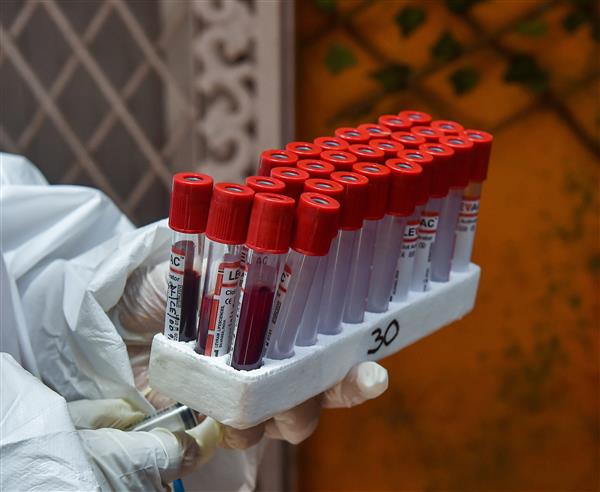 There are 58 active cases in the district. PTI

With the surfacing of ten new positive COVID-19 cases in Mohali on Sunday, the total district count has gone up to 256.

Meanwhile, three patients were discharged from the hospital today.

Two patients from Maya Garden, Zirakpur, are a 61-year-old man and 57-year-old woman. The rest cases of reported is of a resident of Sector 71, and 23-year old man and woman from Tasimbli village near Lalru.

Divulging details, Civil Surgeon Dr Manjit Singh said all four patients from Kharar, except the 25-year-old male who is a Delhi returnee, were contacts of already positive patients while the other two were ILI cases.

He added that all of them had been admitted to the COVID Care Centre of Gian Sagar Hospital in Banur.

As of now, there are 256 cases in the district, of which 194 have been cured and discharged from hospital.

There are 59 active cases with three deaths in the district.