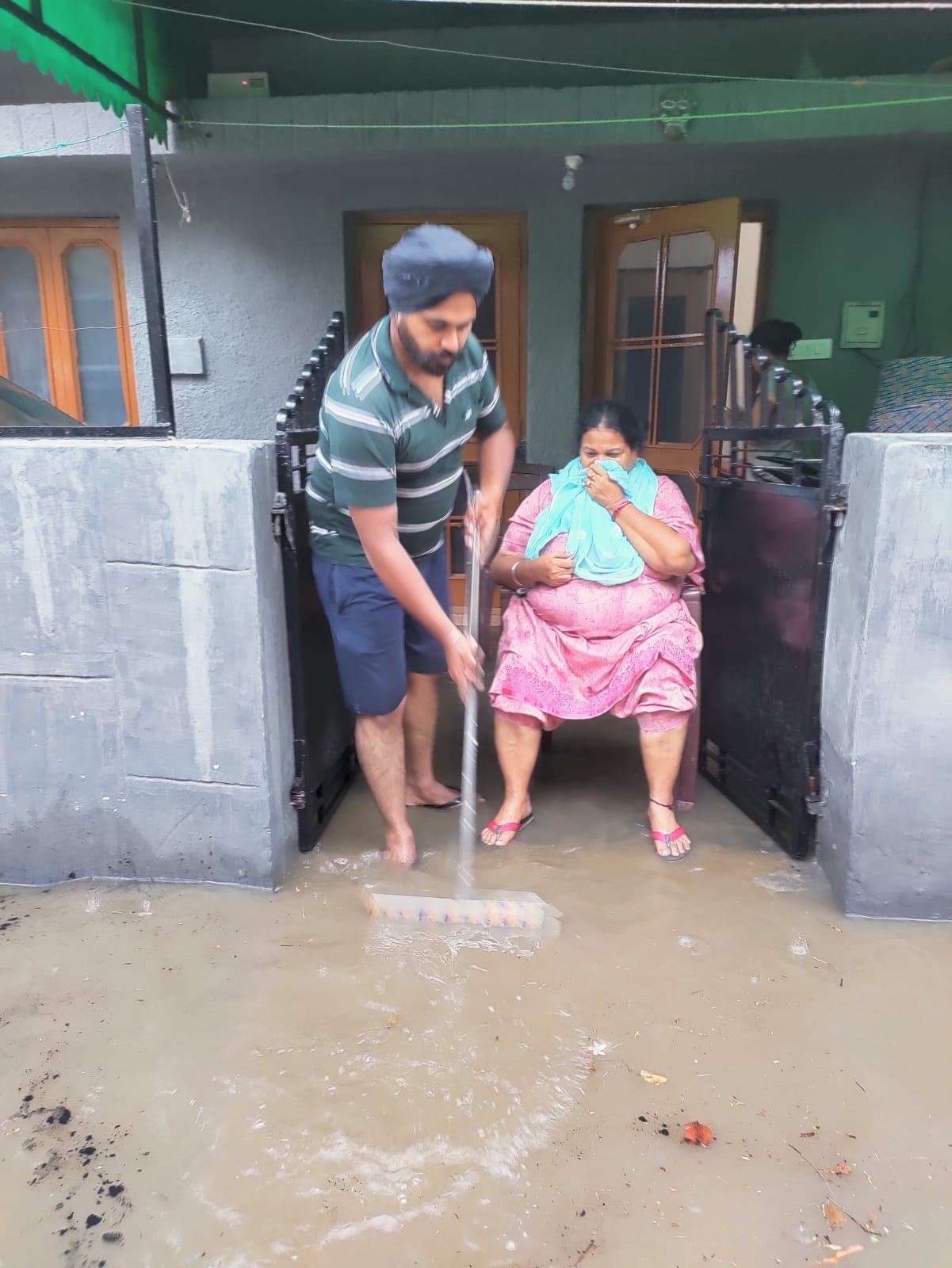 A family removes rainwater from a house in Phase 11, Mohali.

A flood-like situation was witnessed in several parts of Mohali, Kharar and Zirakpur towns on Thursday as many areas were submerged in knee-deep water following a downpour that lasted around two hours on Thursday morning.

Due to waterlogging on several roads in Mohali town, traffic came to a halt, resulting in huge jams. A large number of vehicles were stuck in snarl-ups on the road separating Sector 71 and Industrial Area, Phase 11; Phase 3B2 at Kumbhra Chowk; Gurdwara Singh Shaheedan Chowk; Mohali-Landran road and on several internal roads. Water also entered houses in Phase 3B2.

Similarly, underpass at the Zirakpur-Patiala road crossing was submerged under two-foot water and many cars and two-wheelers got stuck. This also resulted in a huge traffic jam as serpentine queues of vehicles could be seen on both sides of the road up to Dera Bassi.

As the drainage system virtually collapsed, the Mohali MC had to press fire tenders into service to drain out rainwater. “Our area was under more than 2-foot water. Most residents started making distress calls to the local MC office, police and fire brigade for help,” said Surjit Singh, a Phase 3B2 resident.

“Fortunately, rain stopped after two hours. Had the downpour continued any longer, the situation would have been worse,” said Parminder Singh, a Sohana resident.

The MC took immediate action today after receiving reports of knee-deep water on roads in many parts and water entering residences.

Commissioner Navjot Kaur said the corporation would install half-a-dozen pump sets in the low-lying areas for immediate drainage of rainwater, adding there was no need to panic.

Six pump sets to be installed

Mohali Mayor Jiti Sidhu held a review meeting with Commissioner Navjot Kaur and discussed the problem of stormwater drainage and directed the authorities concerned to make arrangements for drainage during the monsoon season. The Commissioner said they would install six pump sets at requisite places.