Chandigarh Municipal Corporation issues 72 challans for non-segregation of waste, use of plastic 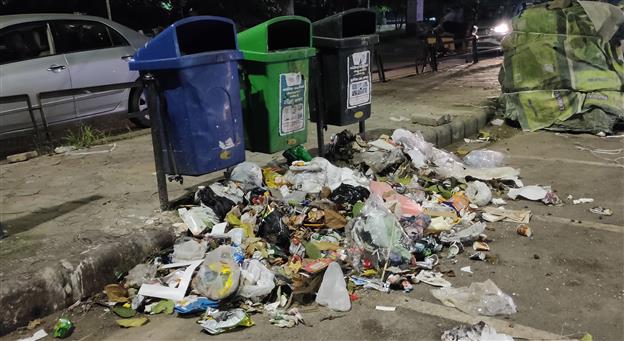 The Municipal Corporation on Wednesday issued 72 challans for non-segregation of waste, littering and use of plastic.

The MC is challaning residents as well owners of commercial spaces in different parts of the city, who are not giving segregated garbage.

An MC official said in view of the Swachh Survekshan and to keep the city clean, it was important to penalise violators. After green and blue bins for wet and dry waste, respectively, the MC has already started a black box for hazardous waste and a red box for sanitary pads.

A box with two partitions — one black and the other red — is being attached to each existing two-bin vehicle which collects door-to-door garbage.