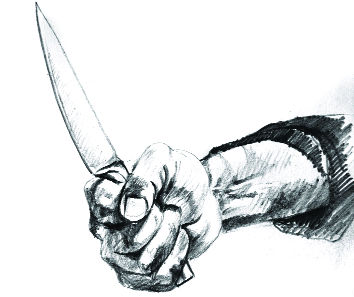 A father-son duo was injured after their neighbour stabbed them with a knife in Nayagaon. - File photo

A father-son duo was injured after their neighbour stabbed them with a knife in Nayagaon. The injured persons have been identified as Chandi Prasad and his son Deepak Prasad. They are admitted to the GMSH-16.

The suspect has been identified as Meharbaan. He was arrested in an attempt-to-murder case. He was produced in a court, which sent him to three-day police remand.

The police are yet to recover the knife used in the crime. The suspect attacked the duo in an allegedly inebriated state after Chandi Prasad had complained to the police a day earlier about the ruckus he creates after consuming alcohol. Chandi Prasad sustained injuries in the chest while, his son got stab wounds on his arm and hand.