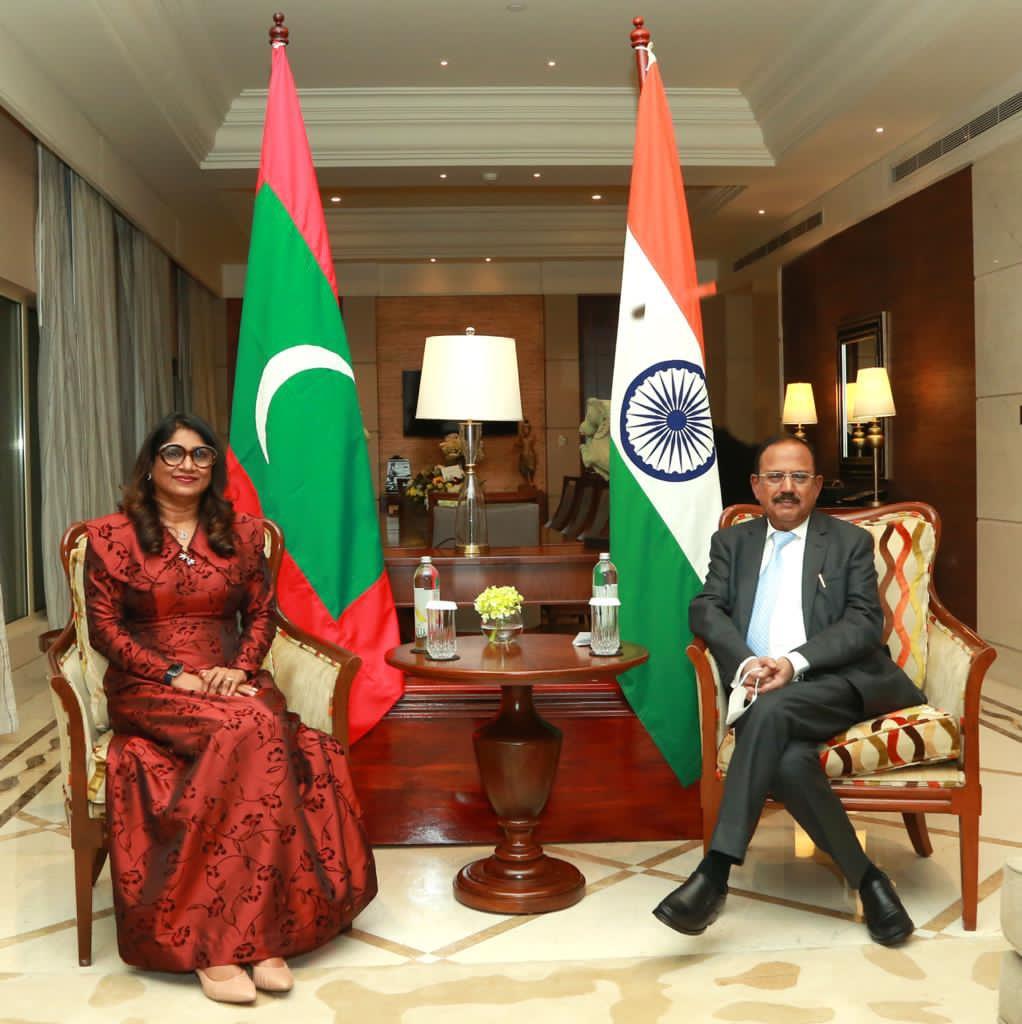 Top security officials of India, Sri Lanka and the Maldives on Saturday agreed to further strengthen cooperation and ensure peace for common benefit as they took stock of the current maritime security environment in the region during the high-level trilateral dialogue which was held here after a gap of six years.

Sri Lanka hosted the fourth National Security Adviser-level trilateral meeting on maritime security cooperation with India and the Maldives. It took place after six years -- the last one was held in New Delhi in 2014.

According to a joint statement issued by Sri Lanka’s Ministry of Defence, the three countries—recognising the significance of the forum for promoting meaningful cooperation in the Indian Ocean Region on common issues pertaining to maritime security—took stock of the current maritime security environment in the region.

They agreed to further strengthen cooperation in dealing with these challenges, to ensure peace and security in the region for common benefit, the joint statement said.

The three countries also exchanged views on common security threats and agreed to broad base cooperation by expanding the scope to improve intelligence sharing and include issues like terrorism, radicalisation, extremism, drugs, arms and human trafficking, money laundering, cyber security and effect of climate change on maritime environment, it said.

The meeting took place amidst China’s attempts to enhance its influence in the resource-rich Indo-Pacific region and the Indian Ocean.

China views the Maldives and Sri Lanka as key to its Maritime Silk Road project in the Indian Ocean. It has already acquired the Hambantota port in Sri Lanka on long lease and established a military base in Djibouti in the Horn of Africa.

The Heads of Delegations agreed to meet regularly to share, discuss and ensure timely implementation of decisions taken at the meeting. They also decided to hold Deputy NSA level working group meetings biannually for cooperation at operational level, according to the statement.

Mauritius and Seychelles were represented virtually at senior officials’ level, it said, adding that in view of the COVID-19 pandemic, the dialogue was conducted adhering to strict health guidelines using the ‘Air Bubble’ concept for the visiting delegations.

Sri Lanka, India and the Maldives launched the Trilateral NSA level Meeting on Maritime Security Cooperation in 2011 and three meetings have been held so far.

The past deliberations and outcomes have helped the three countries in improving close coordination in maritime security of the region. These were supplemented by Deputy NSA level meetings for sustained engagements and implementation of the discussions at the NSA level meetings, the statement said.

Doval, who arrived in Colombo on Friday for the dialogue, on Friday met Didi and held a cordial and detailed discussion on deepening bilateral partnership with the key island nation in the Indian Ocean.

Doval also met Gunaratne on Friday and they agreed on several steps to further strengthen the “valuable” cooperation between the two countries which also contributes to peace and security in the region.

On Thursday, the External Affairs Ministry in New Delhi said the NSA-level trilateral meeting had served as an effective platform for cooperation among Indian Ocean countries.

“The meeting will provide an opportunity for discussion on issues pertaining to cooperation in maritime security in the Indian Ocean region,” the MEA said in a statement.

This is Doval’s second official visit to Sri Lanka this year. In January, he visited the island nation and discussed a range of bilateral issues, including strengthening cooperation in defence, intelligence sharing and maritime security with President Gotabaya Rajapaksa. PTI