Residents threaten protest from June 19 if no action taken 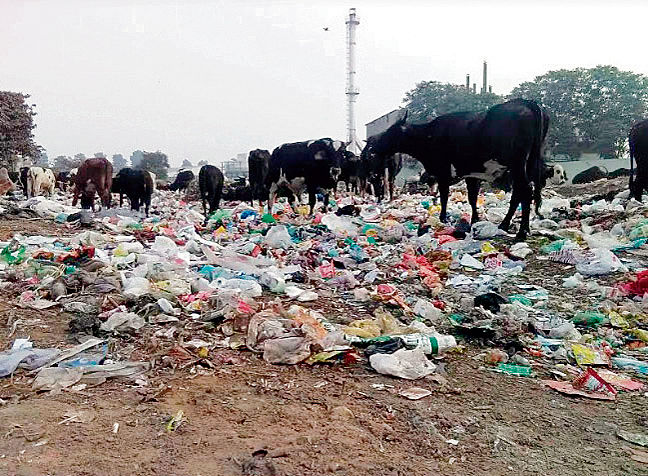 Opposing dumping of garbage at the Jhuriwala site by the Municipal Corporation, residents will submit a memorandum to Deputy Commissioner Vinay Pratap Singh and Mayor Kulbhushan Goyal on Friday.

Residents will give a week’s time to the administration to take a call on their demands or they will stage a massive protest on June 19. They said they may move the High Court. A meeting in this regard was held on Wednesday in the presence of Congress leader and Shivalik Vikas Manch president Vijay Bansal.

“The recent decision of the Panchkula Municipal Corporation to dump solid waste at Jhuriwala is illegal. No fresh environmental clearance has been obtained by the civic authorities from the Ministry of Environment, Forest and Climate Change for dumping solid waste at the proposed site in Jhuriwala. The NOC given in 2013 has already expired. Further, the National Green Tribunal (NGT) had directed the local authorities not to dump solid waste at the proposed site,” said Bansal, who is also an advocate.

“As the dumping ground in Sector 23 had polluted air and underground water, leading to health hazards and closure of tube wells in sectors of the area, the dumping of solid waste in Jhuriwala would lead to similar issues, with the site being just 500 metres from residential areas,” said Sanjeev Goyal of the Sector 25 RWA.

“Moreover, the proposed site is also just 140 metres from the boundary of the declared wildlife sanctuary (Khol Hai Raitan Wildlife Sanctuary). Hence, it is not just a threat to human beings but entire species within the sanctuary. Dense trees will be required to be cut down,” he added.

“As per the Solid Waste Management Rules, 2016, any such dumping site should be at least 200 metres away from National Highways. The proposed site in Jhuriwala doesn’t meet the stated criteria. Also, garbage vehicles hamper the smooth flow of traffic on the NH-73,” the memorandum read.

Questioning MLA Gian Chand Gupta’s stand, the memorandum said the BJP leader had opposed the Jhuriwala site in a letter written to the Chief Minister in June 2018.