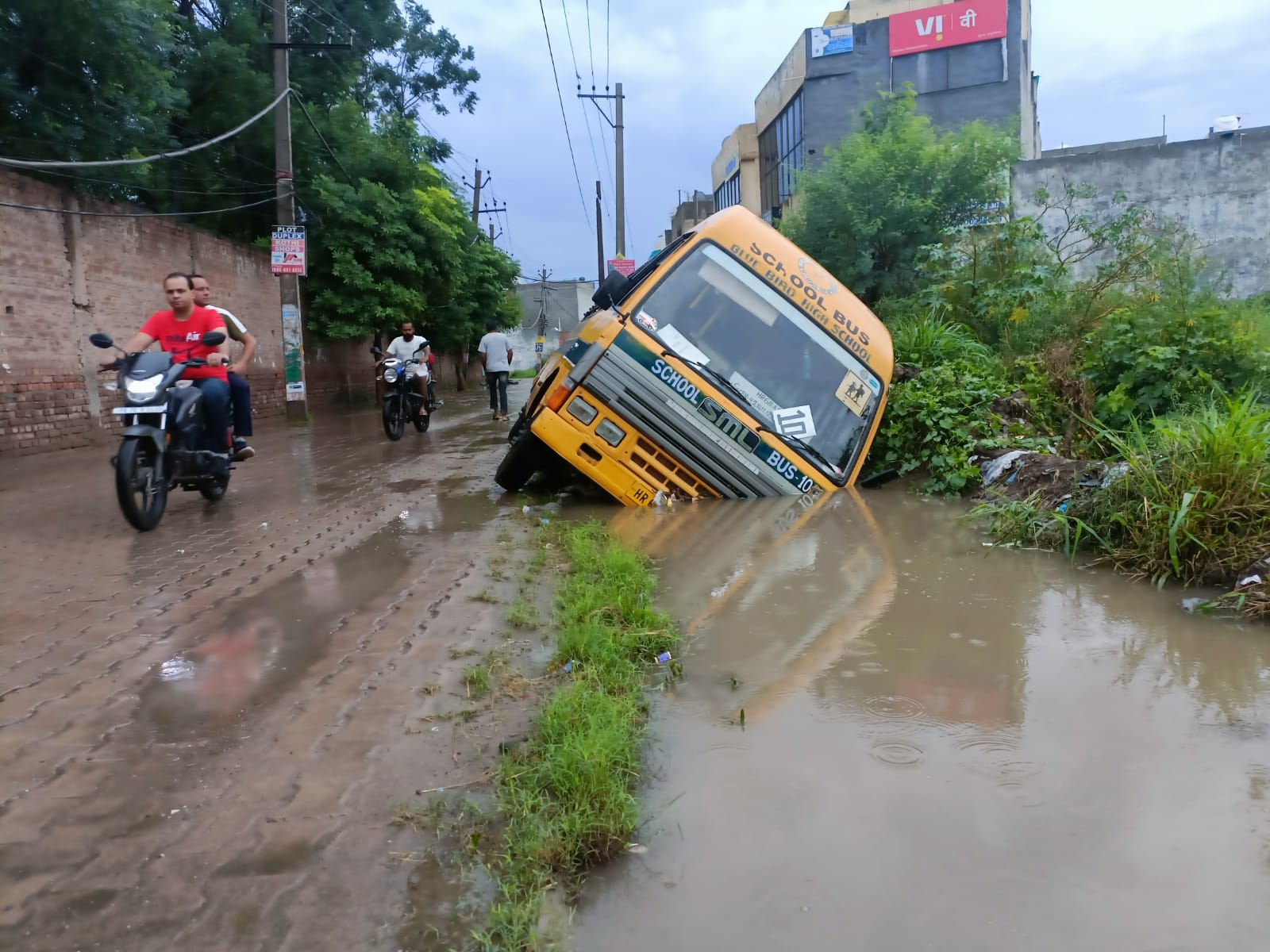 The school bus that met with the accident.

Fifteen students had a narrow escape when the school bus they were travelling in fell in a ditch alongside the road near Daulat Singhwala village in Zirakpur on Wednesday.

The bus of Blue Bird High School, Panchkula, was making way for another school bus to pass when it slipped into the waterlogged ditch at around 8 am.

Passersby rescued the schoolchildren through the driver's side door.

No serious injuries were reported but the children were visibly shaken by the accident.

Villagers said the road from Shiv Enclave to Pabhat was narrowed down due to drainage work on both sides of the road but the sewage pipes were yet to be laid.

The bridge near the rivulet too, was weak due to soil erosion and accidents happened frequently.