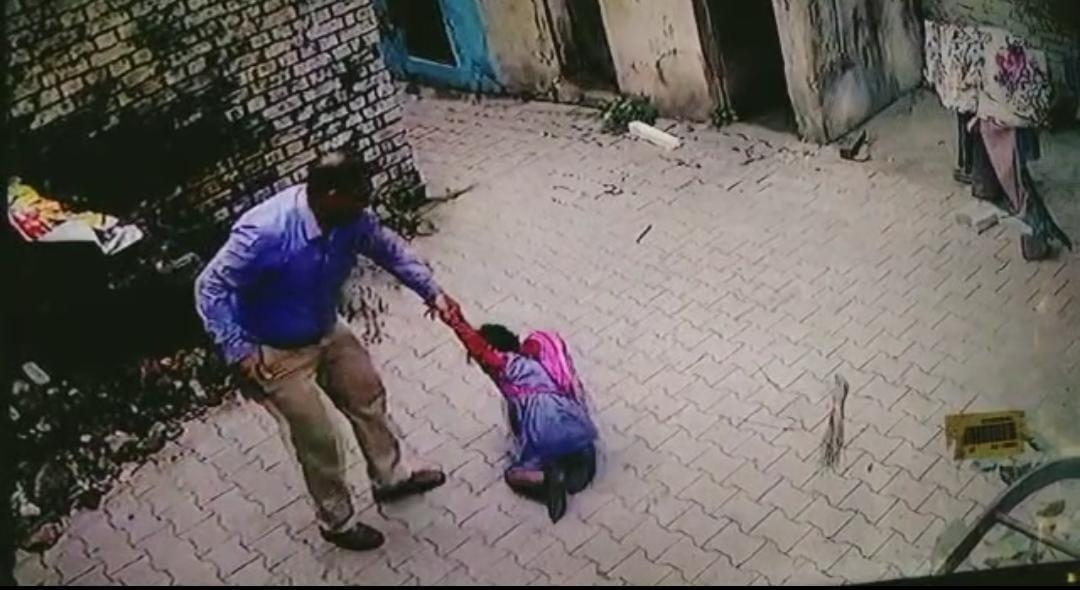 A CCTV grab of the teacher assaulting a six-year-old girl outside a school at Majri village.

The local police have registered a case against a teacher of the primary school at Majri village for thrashing a six-year-old schoolgirl. Also, the Education Department has ordered an inquiry into the incident, video of which had gone viral on the social media.

On the statement of the girl’s father, the police have booked Ravinder Kumar and started investigations.

In his complaint, the girl’s father, an auto-rickshaw driver, claimed his daughter had gone to the school, where she was thrashed by the teacher. She returned home weeping and narrated the incident to them. The police have registered a case under Sections 75 and 323 of the Juvenile Justice (Care and Protection of Children) Act, 2015.

In the video, the teacher is seen thrashing the girl in a street outside the school, before taking her back inside. The JBT teacher has proceeded on leave, it was learnt.

Satpal Kaushik, Deputy DEEO, Panchkula Education Department, said appropriate action would be taken against the teacher. He said physical cruelty to any student was banned under the law.