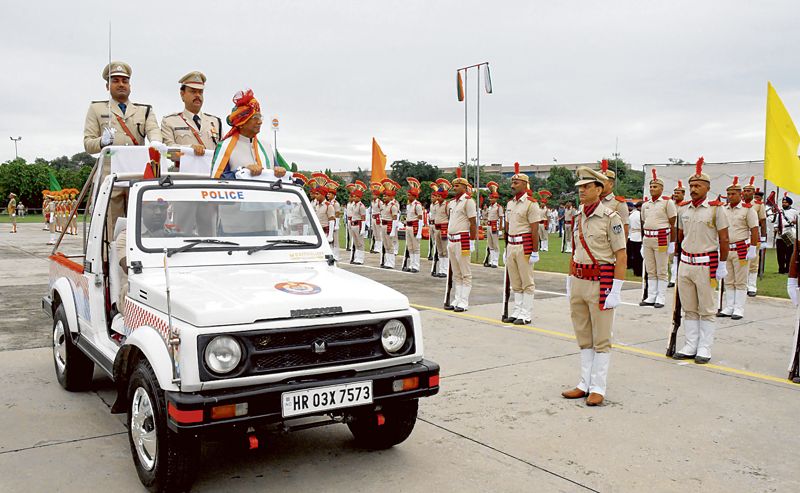 Panipat MLA Pramod Vij hoisted the national flag during the Independence Day function at the Parade Ground here yesterday. Earlier, he paid tribute to the martyrs at the Sector 12 memorial.

Addressing the gathering, Vij said today was a day of joy for every Indian as “we have completed 75 years as an independent nation”. He paid heartfelt tributes to all the known and unknown martyrs who laid down their lives on the altar of freedom. He said they also saluted the brave soldiers who laid down their lives for the unity and integrity of the country after Independence.

Referring to the slogan “Jai Jawan, Jai Kisan”, he said it was absolutely right for Haryana. Our farmers have done the work of filling the granary of the country with their sweat, so our soldiers consider it their pride to join the Army and die for the country.

He said the state government had increased ex gratia from Rs 20 lakh to Rs 50 lakh for those soldiers who were killed in the IED blast. To date, 347 dependants of martyred military and para-military forces had been given jobs on the compassionate grounds during the tenure of the present government, he added.

He said that Haryana was the first state in the country to launch ‘Mukhyamantri Horticulture Insurance Scheme’ to protect crops from the vagaries of weather.

The MLA said, “Our players have won 20 medals, out of 61 medals won by India in the Commonwealth Games in Birmingham. These included 17 medals in individual events and three in the team events. The present government had given cash prizes worth more than Rs 335 crore to sportspersons. He also listed other achievements of the state government.

Mayor Kulbhushan Goyal distributed his seven-month honorarium among 75 employees with after hoisting the national flag on the occasion of Independence Day.

Children of The Dance Studio located in Sector 21 presented many cultural programmes. The Mayor gave a check for Rs 5100 to the dance studio. MC Commissioner Dharamvir Singh was a special guest at the programme.