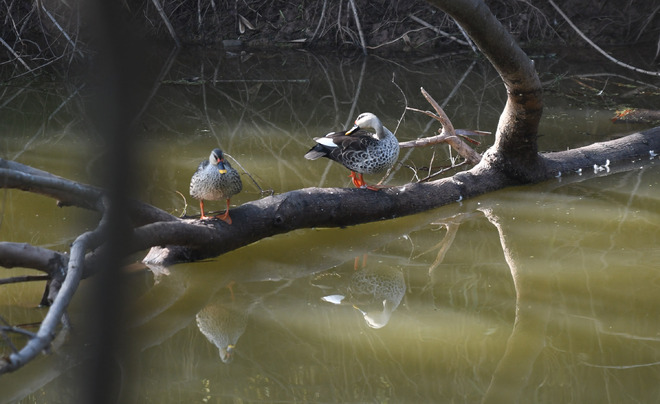 As many as 13 crows and a peacock were found dead in different areas of the city on Wednesday.

Debendra Dalai, Chief Conservator of Forests, UT, said the peacock was found dead in Botanical Garden, while a carcass each of crow was found in Sector 38 (West), Mauli Jagran, Mani Majra, Janta Colony, two each in Dhanas and the PU campus and five in Campa Plot in the city.

Dalai said eight samples sent to the Regional Disease Diagnostic Laboratory, Jalandhar, to test for avian influenza had already been tested negative, while the reports of 13 samples sent later were yet to be received.

More than 50 birds have been found dead in the city in the past more than a week.

Dr Kanwarjit Singh, Joint Director, Animal Husbandry, UT, said there was no need to panic and it was safe to eat properly cooked chickens and eggs. He said the mortality of birds in the city could be due to cold weather.