Petrol hits a ton in Chandigarh 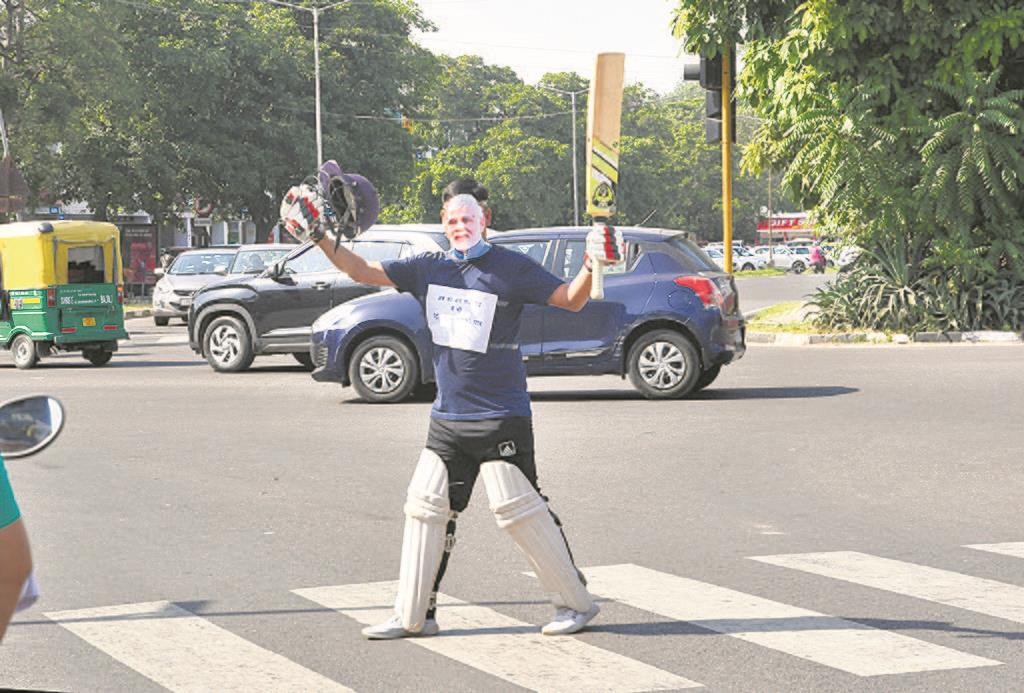 A Congress worker raises a bat & helmet as the petrol price crosses Rs100 a litre, at the Sector 18/19 light point on Sunday. Pradeep Tewari

The price of petrol has gone past the Rs 100 mark in the city, hitting the common man hard, especially in the ongoing festive season. 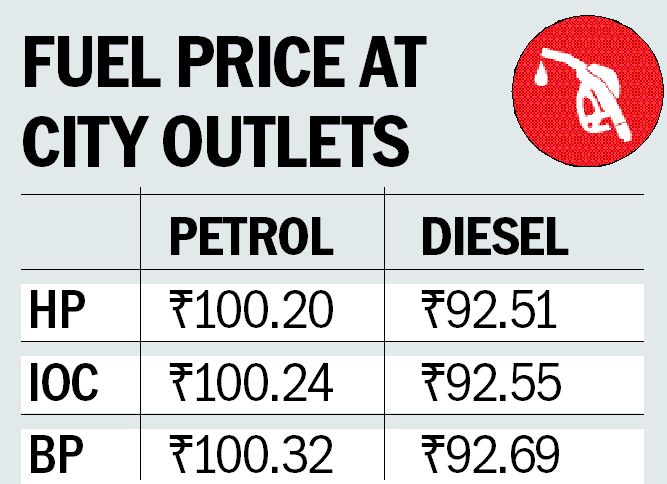 In the city, the price of petrol ranges between Rs100.20 and Rs100.34 per litre, while the diesel costs Rs92.51 to Rs92.69 per litre at filling stations of different companies. With the increase in petrol prices, the cost of high-performance fuels such as Speed and Power has reached Rs104.14 per litre.

“The hike in this festive season is a double blow. Vehicles are used more in the festive season and subsequently, the consumption of fuel increases too. The fuel price hike will force people to think twice before going out in a vehicle,” said Anil, a local resident.

“Even if the crude oil prices are on a high in the international market, the government should cut down the taxes imposed in India. There has to be a limit on taxing people. At this speed, the fuel price would cross Rs150 next year. It is already affecting people from all strata of society, be it working class or businessmen,” said Aman Aggarwal, another resident.

The fuel price hike will increase carriage charges too. “Commercial transporters, including taxis, goods vehicles and others, will now revise their charges, which are expected to be increased by Rs4 to Rs6 per km. This will further affect people. The UT Administration should slash the local cess/taxes in order to give some respite to the residents,” added Anoopama Pardhan.

Suptupa Iyer, another resident, said, “Earlier, people used to buy diesel vehicles mainly due to the low cost of fuel. Now, there’s not much difference between the prices of petrol and diesel. Most commercial transporters use diesel vehicles and the day diesel touches the Rs100 mark, it would have a big impact on commodities needed by the common man.” — TNS