In sero survey, 69% children found exposed to coronavirus in Chandigarh 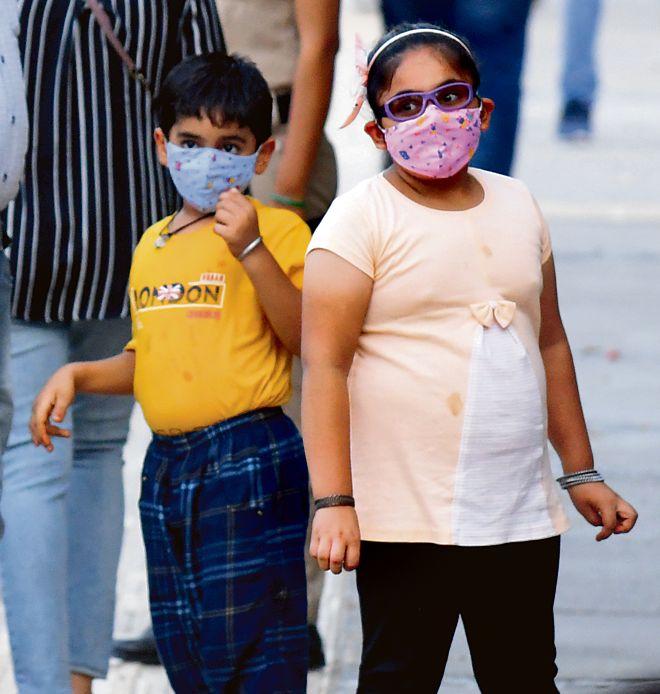 That’s the way to go: Kids all masked up at Sukhna Lake in Chandigarh on Tuesday. Tribune photo: Pradeep Tewari

“A majority of at least 69 per cent children acquired the infection from their family members during the second wave. This data proves that children have acquired natural immunity against the infection and there will be no exclusivity for this age group in the third wave,” said Prof Jagat Ram, Director, PGI, Chandigarh.

‘They got infection from kin’

A majority of at least 69 per cent children acquired the infection from their family members during the second wave. This data proves that they have acquired natural immunity against the infection. — Prof Jagat Ram, Director, PGI

“These children had remained asymptomatic or mildly symptomatic during the infection. Some parents may not have been even aware of their Covid status. If there is a third wave, all age groups will be uniformly involved. This is a piece of crucial information in preparing for the third wave and to overrule the theory of children being susceptible to the virus in the next surge,” he said.

In the second wave (April and May), when the city recorded 33,047 cases, children aged up till 18 accounted for 10 per cent of the total infections. There was wide speculation worldwide by some experts, who projected that the third wave will be dangerous for children as they remain without vaccine and susceptible to the infection.

The PGI was tasked with carrying out a Covid-19 sero survey among the paediatric population of the city to estimate the percentage of children who already have anti-SARS CoV2 IgG antibodies present, which is an indirect marker of the previous infection and will be useful in policy matters regarding the Covid vaccination among the paediatric population, if launched in the near future

The prevalence of the Covid-19 infection was found in 65 per cent of the urban children population, while 73 per cent rural children were found seropositive during the survey.

The next round of sample collection will be carried out in slum colonies by a PGI team.