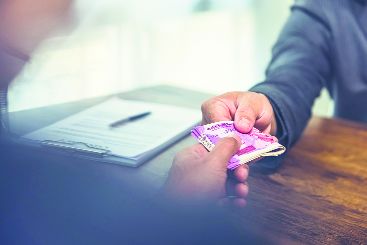 A retired manager of the HMT was allegedly duped of Rs16 lakh by six Punjab National Bank (PNB) officials, who floated “fake” insurance policies for the victim.

One of the officials, Kuldeep Singh Rana, has been booked in the case.

The victim, Jasram of New Saini Mohalla in Pinjore, told the police that he had visited the PNB Main Bazaar branch to renew his FD account in 2017. Rana had then “induced him to buy a policy with quick benefits that will mature in a year”. The victim fell for the scheme and invested in the single-premium policy on April 2017. Jasram paid Rs1,50,000 for the policy through a cheque.

In April 2018, when the victim enquired about the maturity of his policy, the suspects offered him another policy of Rs5 lakh and asked him to have the maturity amount of the previous policy (Rs1.90 lakh) adjusted towards the new policy. The victim then issued a cheque for Rs3.10 lakh to Rana, who encashed the cheque on April 12, 2018. The next day, Rs1.47 lakh was deducted from the bank account of the victim. Upon asking the bank manager, the victim came to know that the deduction was for his PNB MetLife policy.

Rana, while terming it an error, assured him of a rectification. The suspect kept offering the victim cold comfort for a year to quell his suspicion.

In April 2019, Rana promised the victim complete repayment of the previous two policies. The victim was issued five cheques amounting to Rs11 lakh between August 20, 2019, and November 30, 2019, by Rana. These cheques bounced later.

The victim, during the same period, paid an amount of Rs10 lakh for another policy. After the policy matured in 90 days, the victim was handed over a cheque for Rs10.15 lakh, which also bounced on July 25, 2019, like the previous ones.

After the victim reached out to Rana, he urged him not to take any legal action and promised repayment in cash.

As he was under financial strain, the victim approached the Sector 17 PNB MetLife office, where he got to know that only the first policy offered to him for Rs1.50 lakh was legal.

The other two — one for Rs5 lakh and the other for Rs10 lakh — were fake and non-existent.

The suspects could only return the victim Rs2.50 lakh.

A case was registered under Section 406 (punishment for criminal breach of trust) and 420 (cheating and dishonestly inducing delivery of property) of the IPC against Rana at the Pinjore police station.