Asks him to compare edu system of Delhi and Punjab 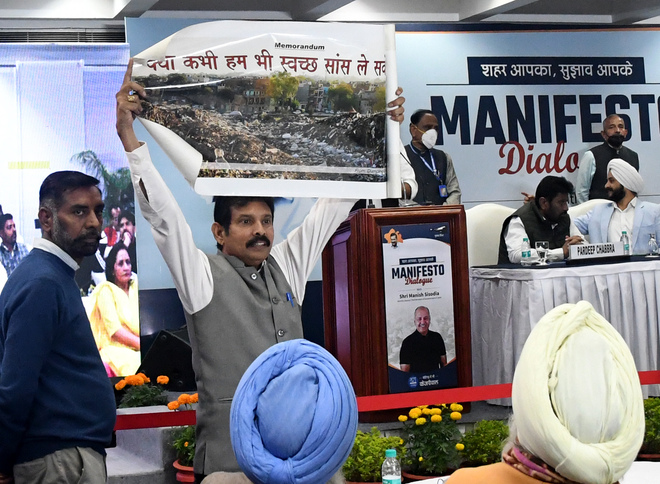 A resident raises the garbage issue in front of AAP leader Manish Sisodia during a party event at the CII. NITIN MITTAL

Speaking on the sidelines of a party event at CII in Sector 31, Sisodia, who is also the Education Minister in Delhi Government, said: “I extend an open invitation to the Punjab Education Minister to visit 10 government schools in Delhi and see what improvement we have made in the education system.”

If people find education system in Punjab better than Delhi, they will opt for Congress otherwise they will vote for Arvind Kejriwal’s AAP sarkar, he said.

Sisodia claimed the education system in Delhi had improved remarkably under the AAP government and other states were following the “deshbhakati curriculum” that had been introduced in Delhi schools.

“Students in Delhi are preferring government schools. Even the government teachers are being invited to teach overseas. The election in Punjab will be fought on the issue of education,” he said.

Meanwhile, the AAP held an interaction with people from different walks of life to decide on the manifesto for the Chandigarh MC poll.

AAP convener Prem Garg said the manifesto for the civic polls would be based on the people’s suggestions.