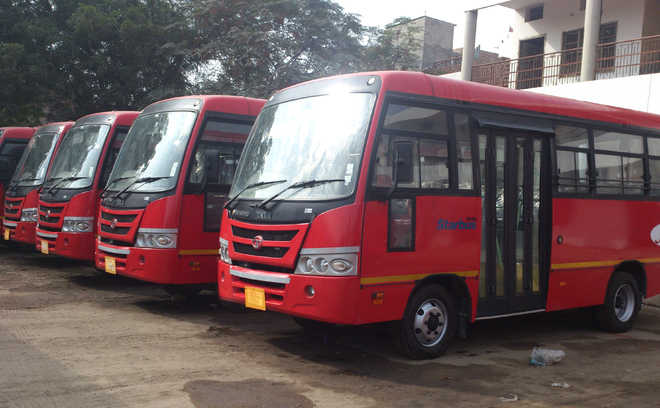 Residents of Mohali city are likely to get a Diwali gift as the Municipal Corporation has decided to bring a resolution for starting the city bus service in its coming general House meeting to be held on November 2.

In the resolution, which is likely to be passed unanimously, the MC has proposed to run around eight low-floor buses the city. These buses would be operated on a BOO (Build, Operate and On) basis. The company would also be allowed to advertise on these buses to generate funds. Mayor Amarjit Singh Jeeti said there are many parts of the city where CTU buses were not plying or run very late. He said an attempt was also made by the MC in 2016-17 to start the city bus service on a kilometre scheme basis which was not successful. Again in 2019, a proposal was made but it also remained pending. Therefore, the MC has proposed to run five or eight CNG buses with 25 seats on various routes.

As per the resolution, the bus operating company would procure the buses at its own cost and provide it to the corporation. Their maintenance and cost of operating would be borne by the company itself. The fare will be fixed by the corporation.